4 youth got seriously injured and one died in a car accident near Bichiwada. 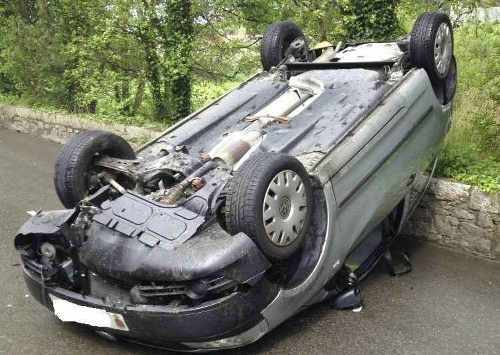 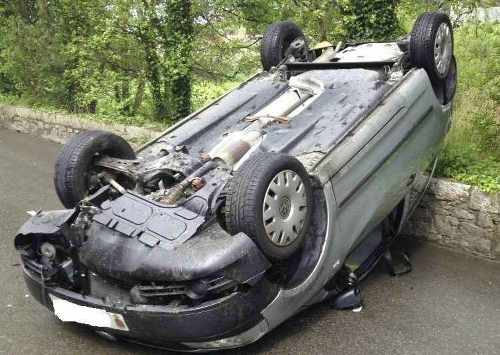 In a road accident near Bichiwada, 5 youth got seriously injured.One of them died on the way while he was being brought to Udaipur.

Vaibhav Mehta, Sandeep Choudhary and Mayank Ameta left for Ahmedabad on Sunday night at 9 by car without informing family members. Two of their friends Arun and Anush from Udaipur also hopped into the car around 10 p.m. The five friends reached Bichiwada and around 3 a.m. realised that their family members must be worried and looking for them. They had dinner in a hotel at Bichiwada highway and started on their way back to Udaipur.

At 4 a.m. their car lost control probably due to over speeding and overturned when they were just 10 km away from Bichiwada. All friends got seriously injured in the accident. 15 minutes after the accident took place, Bichiwada police reached the accident site. The accident was so severe that Vaibhav and his friend Anush were thrown out of the car through the front glass and landed 15 feet away. Anush was driving the car.

Since it was too dark at the time of accident, police could locate these two friends only after a good 15-20 minute search. All the injured were rushed to hospital in Bichiwada. Due to the strike of doctors, there was no possibility of treatment for these 5 friends. They were then taken to a private hospital. Since Vaibhav’s condition was deteriorating, he was referred to Udaipur. Vaibhav Mehta couldn’t stand the fatal accident and died on the way to Udaipur.