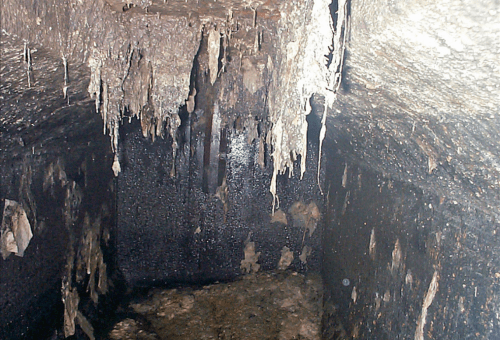 The incident took place at around 10pm last night at house of Shyamlal Chittora. Chittora had got his septic tank clean by Municipal Corporation a couple of days back. However given that there were still some leftovers (solid sludge) at the bottom of the tank, he called up cleaning agents to clean the septic tank.

One of the cleaning persons got into the tank yesterday evening to clean the tank. His colleague stayed outside. The person who went inside lost consciousness due to the poisonous nature of gases inside. When this person did not come out for a long time, his colleague informed the house owners and went inside the septic tank to help his partner. When he too did not come out after a long time, then Vipin (s/o Shyam Lal Chittora) went inside to help the duo. This followed three more people going inside the tank.

Out of the six people who went in, four died due to poisonous nature of gas whereas two were brought unconscious. Condition of one of the unconscious person is still critical and is undergoing treatment at MB Hospital.

People present there also raised a lot of hue and cry against UMC in the entire episode. The alleged that despite phone calls from Nanalal Baya, a legislator of that area, the UMC rescue team came with only one person and that too without equipment. It is only later after a lot of protest did a larger rescue team come and got all the people out at 11 pm in the night.

Readers please note: UMC deploys high tech machines, pumps and pipes for cleaning of septic tanks. The material in septic tank releases poisonous gases over a period of time and the longer the time duration since last cleaning, the more poisonous the gases get. Hence it becomes very dangerous to clean it using the conventional way of manually using buckets. Similar incidents have happened in past with people losing life trying to manually clean septic tanks. Readers are advised not to ever get into such cleaning activity themselves and to only have cleaning done via machines and safe equipments.