A Joint meeting of all the District Collectors, Police Superintendents and other senior Administrative officials held at the Divisional Commissioner’s Office in Udaipur today was addressed by the State Chief Secretary, C.K Matthew. 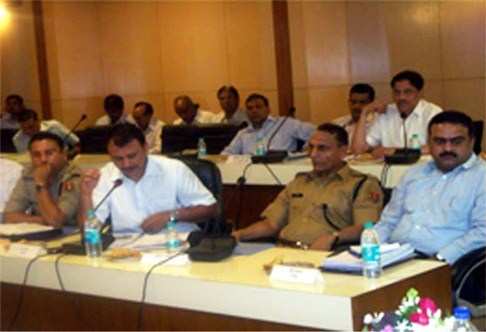 A Joint meeting of all the District Collectors, Police Superintendents and other senior Administrative officials held at the Divisional Commissioner’s Office in Udaipur today was addressed by the State Chief Secretary, C.K Matthew.

Matthew, who is on a review visit across the state, informed the members present in the meeting at the DC’s Office that (the availability of) Clean Drinking Water project has been allotted Rupees Three Thousand Crore from the government coffers. He also mentioned in this talk that the Chief Minister Free Medicine Distribution Scheme has been instrumental in allowing the BPL families to afford quality medical treatment.

He also asked all the District Collectors and the Police Superintendents to work in cooperation, as this would lead to better productivity and output.

The State Chief Secretary also instructed the Public Works Department and the Rajasthan State Electricity Board engineers and officials to start working as a team to solve the current Electricity problems in the state. He advised them to be prepared for the upcoming monsoon period. 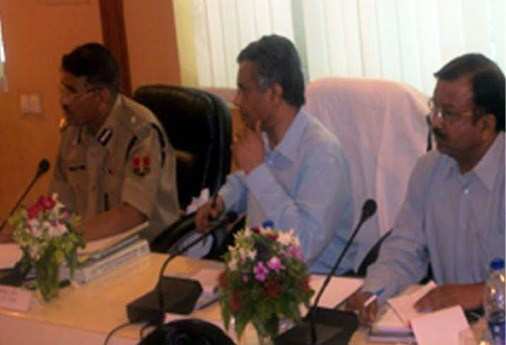 In his address to the Police, he asked all the SP’s to take severe measures to uphold law-enforcement in their allocated areas. He said that the ideas and opinions expressed in this meeting would be very helpful for the State Government to design and structure upcoming projects and policies.

The issues discussed in detail at the meeting were the Chief Minister Free Medicine Distribution Scheme, Rajiv Gandhi Rural Electrification Project, Affordable Housing Policies, Availability of Water and Power to the masses, Policies against Cyber Crime and JSSK, an initiative for better health of Women and Children.

Hemant Kumar Gera, Collector, Udaipur, who was also present in the meeting informed the participants at the meeting about the Affordable Housing Scheme being initiated in the Kotra Headquarters for the employees working in there, which will help the employees to settle there with their families. He added that the accommodation would be equipped with a common Computer room and a Reading room.

Gera also said that investigations under the PCPNDT Act have been taken up with significant measures.

Other than the Police Superintendents and the District Collectors, the Secretary of the Administrative Reforms Department, Assistant Director of the Healthcare Department were also present in today’s meeting.