10 Places Of Udaipur And Their Hidden Facts

Udaipur - The City of Lakes and Palaces has innumerable significant locations to write on. This article attempts to highlight some noteworthy facts of some of the most important locations in and around Udaipur.

Udaipur – The City of Lakes and Palaces has innumerable significant locations to write on. This article attempts to highlight some noteworthy facts of some of the most important locations in and around Udaipur. 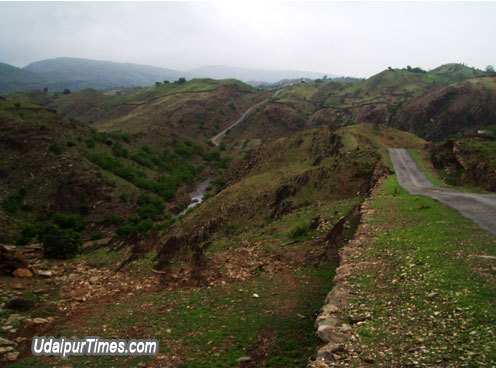 Alsigarh is a small village inhabited mostly by the Bheel Community of Mewar, located in the southern west part of Udaipur district about 30 Km from the District Head Quarters.

The best fact about this part of Udaipur is that the rain water which falls on western part flows to the Arabian Sea, and the water falling on the eastern part of this place finds its way to the Bay of Bengal. 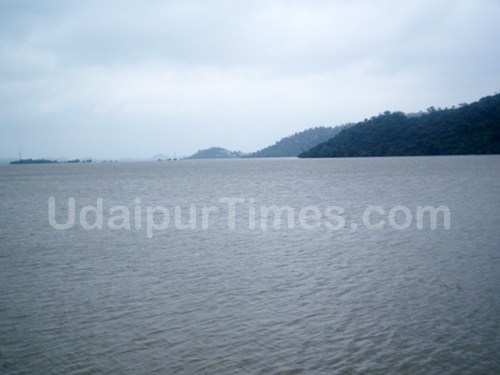 The Jaisamand Lake is renowned for being the second largest artificial freshwater lake in Asia. Located at a distance of 48 Km from the city of Udaipur, Jaisamand Lake is also known as Dhebar. In 1685, Maharana Jai Singh built this lake while making a dam on the Gomti River. This lake covers an area of 36sq km, stretches to the length of 14 km and width of 9 km. The depth of this lake approximately 102 feet and has a circumference of 30 miles. 9 rivers and 99 Nuhllas contribute to fill this lake.

The dam on this lake is worth mentioning due to its massive size. It is 1202 feet in length, 116 feet in height and has width of 70 feet at the bottom. In total, this lake comprises seven islands and one of the islands is still inhabited by the tribe of Bhil Minas. The largest of these islands is known as ‘Baba ka Bhagra’ and the second one is known as ‘Piari‘. 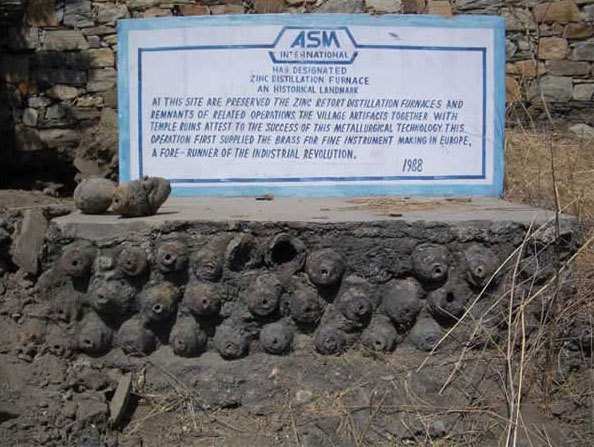 The Zinc and Copper Mines of Udaipur region have been known to be excavated for metals even in the medieval times. 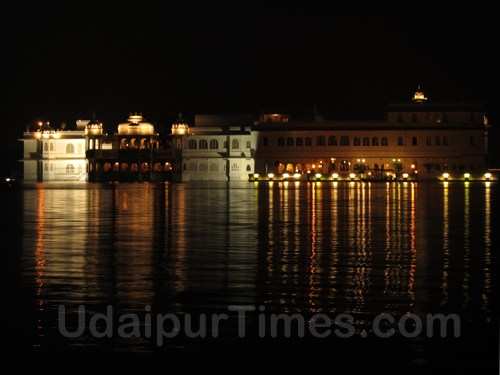 Lake Palace, also known as Jagniwas in its heydays, is located on an island in Lake Pichola. It’s a beautiful Palace and is about 1.5 hectares long almost covering the whole island. Built by Maharana Jagat Singh II in 1754 AD, the palace was considered to be the Royal Summer Palace of Rajputana. It was later converted into luxury hotel in 1960 AD by Maharana Bhagwant Singh.

The Lake Palace is a complete luxury hotel with courtyard, restaurant, fountain and a swimming pool. The sparkling Lake Palace is largely responsible for highlighting Udaipur on the International Tourist Map and has earned good name across the world. It is considered one of the most glamorous hotels in the world because of its location.

The Beneshwar Fair holds great importance for the culture of Udaipur. The word Beneshwar is derived from Linga (Lord Shiva). In the month of January-February every year on the full moon night, two rivers Som and Mahi converge in Rajasthan, which is considered sacred as per Indian mythology. Thousands of tribal devotees gather to worship this phenomenon. These devotees submerge the ashes of their relatives, as a memorial service. After that, they take bath in the river and then take the blessings of Lord Shiva at Dungarpur in Rajasthan. 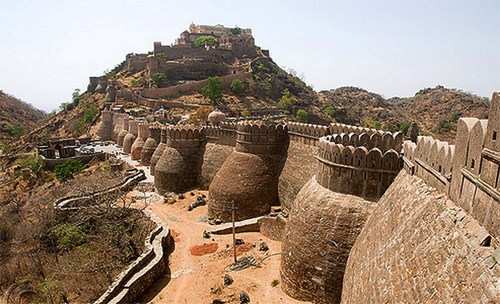 Kumbhalgarh is located 84 km North of Aravalli hills in Udaipur and houses the colossal Kumbhalgarh Fort – an important landmark of Mewar rulers. The fort was built in 15th century by Maharana Khumbha and was used to protect the Rajput warriors at the time of danger.

The Kumbhalgarh Fort is more known in the modern times for its wall which is the second longest wall after the “Great Wall of China”. Encircled by thirteen elevated mountain peaks, the fort is constructed on the top most ridges around 1,914 meters above sea level. The fortifications of the fort extend to the length of 36 kilometres and this fact has made this fort grab a position in the international records. The huge complex of the Fort has numerous palaces, temples and gardens making it even more magnificent. 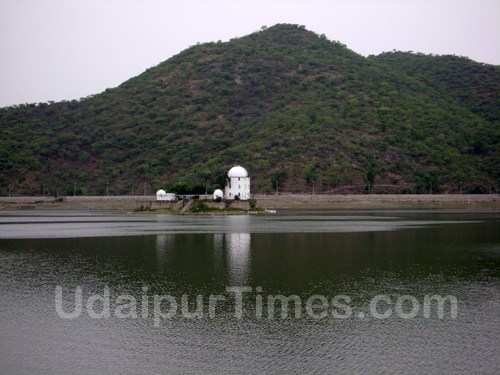 Established in the year 1975 by Dr. Arvind Bhatnagar under the Vedhashala Trust of Ahmedabad, USO is designed as per the model of Solar Observatory at Big Bear Lake in Southern California. Since 1981, the observatory has been under the control of the Physical Research Laboratory (Ahmedabad) for the Department of Space, Government of India.

Being placed on an island, this observatory has become the perfect centre to develop solar physics. Being surrounded by water, the island provides a favourable atmosphere for solar observations. As air turbulence is lesser on island then ground, sharp images of the sun can be acquired. Also, other advantage of this observatory is that it is located in Rajasthan, which observes maximum number of cloudless days. All these factors add to quality of extracted images of the Sun.

Under GONG project, USO was numbered among the six observatories of the world that watch the sun for 24 hours. National Science Foundation of the United States that intends to study oscillations in the solar atmosphere has sponsored this project of GONG.

Hence, USO is a site of national and international importance. One needs to take a boat rife to visit this observatory. 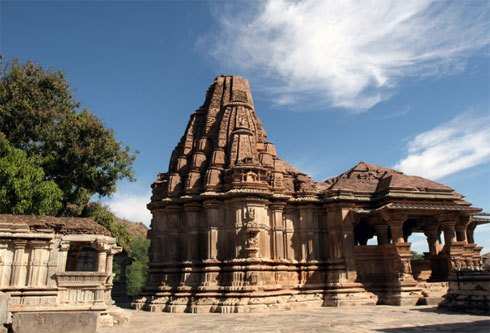 Nagda is a small town located besides Bagela Lake at a distance of 23 km north-west of Udaipur on the way to Nathdwara. In the 6th century, Nagda was founded by Nagaditya, the fourth Mewar King. Initially it was known as Nagahrida and served as the capital of Mewar. The place then came under the province of Sisodias. Nagda comprises many small and big temples, but the main attraction is its ‘Sas-Bahu’ temple.

This unusual temple dates back to the 10th century. The term ‘Sas-Bahu’ suggests ‘Mother-in-law and Daughter-in-law’ respectively. The temple is dedicated to Lord Vishnu and it is made in two structures, one by a mother-in-law and another, by a daughter-in-law. The main entrance to the temple is made through a door that has carved lintels and a multi-lobed arch in the centre. Both the structures are laid out on the same plan having an altar, a mandapa (columned prayer hall) with projections and a porch.

Another temple that captures attention is the Jain temple. Dedicated to the Jain Saint Shanti Nath, the temple is said to have been built during the rule of Rana Kumbha. The temple has a strange idol and that is how the temple got its name – ‘Adbhut’ which means strange. This strange idol is 9 feet in height. These temples were destroyed by the foreign invaders to a large extent, still they boast of their exceptional artistic architecture.

The tree house in Udaipur was recently included in the Limca book of records. This tree-house, built around a 65-year-old mango tree, was built in 2000.

It has been built with all the genius knowledge by a businessman of Udaipur Mr. K .P . SINGH. Mr. Singh being a very passionate and a conceptual person and is very much in love with nature, he  had nurtured this idea for long. And through his sheer genius he put his dream to become a reality. This tree house is a mile stone in the beauty and heritage of Udaipur . 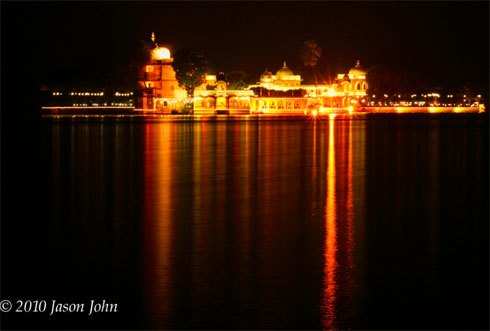 This beautiful three-storied Palace, located on the southern island of Lake Pichola and made in yellow sandstone and marble, has significant historical relevance. Built in early 17th century, Jag Mandir Palace was raised by Maharana Karan Singh to serve as a refuge for Prince Khurram, who later became popular as Emperor Shah Jahan.

The interesting part of history is that it was during Maharana Karan Singh’s reign, that Prince Khurram revolted against his father and left the kingdom. The Maharana offered help and that is when the Prince stayed at Jag Mandir Palace.

It is a matter of pride to know that although Jag Mandir was under construction during his stay in 1623-24, Emperor Shah Jahan imbibed several ideas, especially of pieta dura work, for the world-renowned Taj Mahal from Jag Mandir Palace. The present form of the Palace is the result of further additions that were made to it by Maharana Jagat Singh.

Coming to the structure, Gul Mahal within Jag Mandir Palace grabs maximum attention as this is where the Emperor stayed with his family. Made in Islamic style of architecture, the hall has amazing interiors and is decorated with the Muslim crescent. Apart from the designing, the Maharana also got a mosque constructed for the esteemed guests.

Other pavilions that are worth mentioning are Bara Patharon Ka Mahal, made out of twelve solid marble slabs, Kunwar Pada ka Mahal, meant for the crowned Prince and the Zenana Mahal, for the Royal Women.

This article is written and composed by Sharad Lodha, Sharad is a passionate writer, reader and he love researching about histories and facts on Udaipur. Sharad Lodha is a self made entrepreneur.