Swimming down the memory lanes on the games, we enjoyed to play as kids. From quiet some time we observed that these Indian traditional festivals and games are losing their significance as we are adopting the western culture in the name of technology.

It is celebrated with pomp in south India as Pongal, and in Punjab as Maghi, whereas in Gujarat, the celebrations are even bigger and known as Uttarayan.

People offer their colorful oblations to the Sun in the form of beautiful kites. In the rural and coastal areas, cock fight is held and is a prominent event of the festival.

Swimming down the memory lanes on the games, we enjoyed to play as kids. From quiet some time we observed that these Indian traditional festivals and games are losing their significance as we are adopting the western culture in the name of technology.

Sadly, though this generation has lack of time, or the place to play these games. Their time is spent in front of television, video game or probably surfing internet. In their favor, most of the vacant spots are also taken up by buildings, malls or parks.

I guess, many of the terms or name of the game that I use may not be the same in other parts of India but more or less, I am sure that all our readers can relate to them one way or the other.

Let us read about and try to identify, how many of these games and celebrations are still around us.

Some of these are almost extinct games. 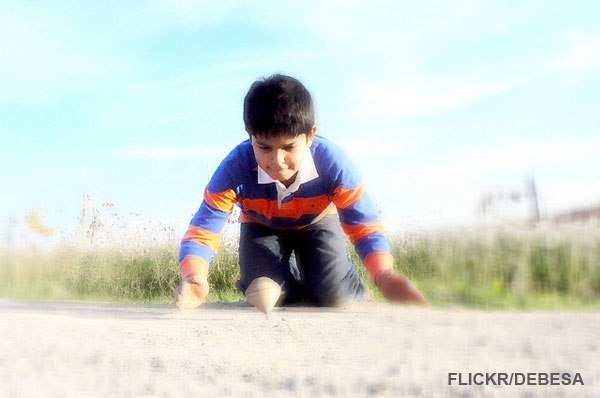 Spinning top or Lattu was once the most popular street game of India. It is still played in some of the inner colonies of old city area of Udaipur, lattu is a part of life for children in Indian villages. The game involves spinning a lattu (top) – a solid ‘turnip shaped’ wooden toy with a grooved lower half with two nails dug at the top and the bottom. A cotton string is wrapped around the lower half of the ‘lattu’ to make it spin. 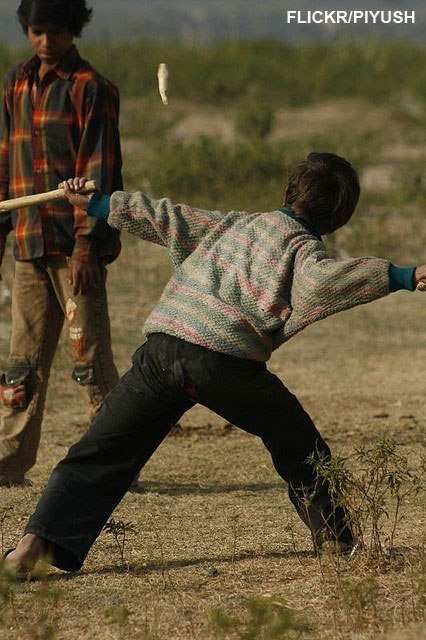 Playing cricket or baseball with sticks instead of bat or ball is exactly what Gilli Danda is all about. It is called ‘Dānggőli’ in Bangla, ‘Vhinni-dandu’ in Kannada, ‘Viti-dandu’ in Marathi, ‘Kitti-pullu’ in Tamil, and ‘Gootibilla’ in Telugu. This sport is generally played in the rural and small towns of India. The game is played with a gilli and danda, which are both wooden sticks. The danda is longer (suitably handmade by the player) which one can swing easily. The gilli is smaller and is tapered on both sides. There is no standard length defined for the danda or gilli. Usually, however, the gilli is 3 to 6 inches long. This is a very popular game among boys in villages of India. It is similar to the most popular game cricket .The game replaces the cricket ball by gilli. The objective of the sport is to use the danda (used like a baseball bat) to strike the gilli (similar to striking a ball in the game cricket) and flew it in the ground.

Kite flying is one of the most popular and romantic games of India as well in Asia. Kites, known as ‘patang’ in India and the thread used is called ‘Manjha’, a glass coated line, and each flier attempts to cut every other kite out of the sky. The kite flying festival is celebrated on the eve of ‘Makar Shankranti’ in Jaipur as well as Gujarat state of India. Best in rest of India this game is struggling to save its long and historic existence. 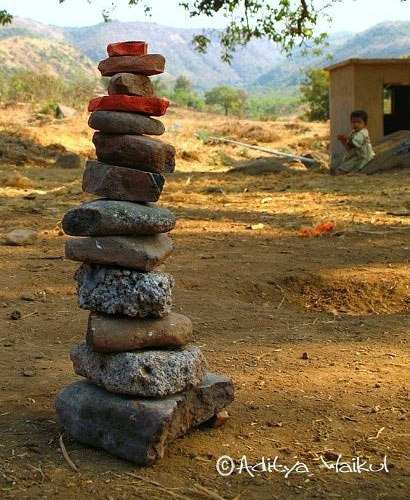 This game is loved by the maximum number boys and girls; it is a funny simple and inexpensive game. It needs seven small flat stones; every stone size should be less than the other stone. Put these stones over another in decreasing order its looks like a small tower then hit it by cloths made hand ball form a fixed distance. Any number of people can play it. This game is also known as Pithoo in some regions of India. 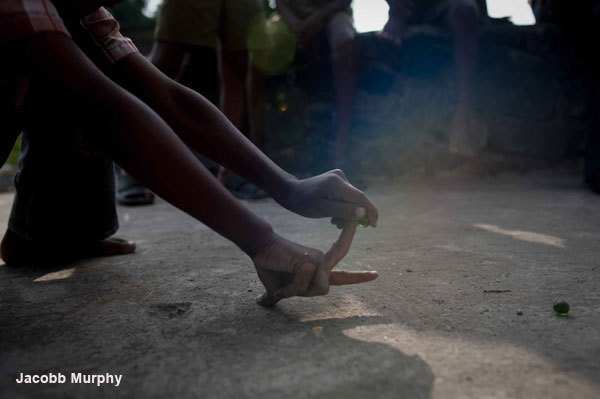 Once famous as a Gully sport, kancha was favorite of many young boys in town and villages nearby. It has its own modus operandi; it is played using marbles called ‘Kancha’. The players are to hit the selected target ‘kancha’ using their own marble ball. The winner takes all Kanchas of rest of the players. 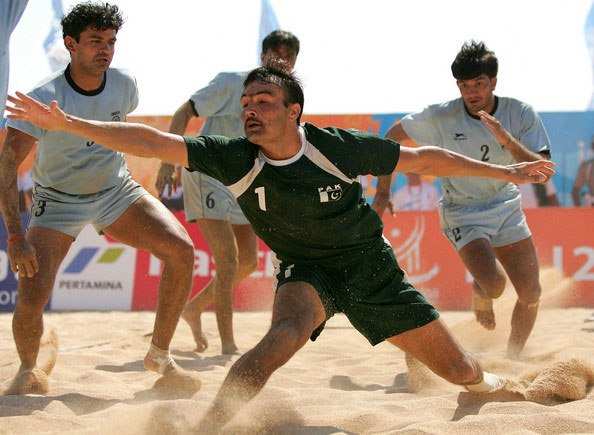 ‘Kabbadi’ is an ancient traditional game played 4,000 years ago. To play this game, 12 people are needed on each opposing team in a play area of around 12.5m x 10m.  There are no actual records of its origin, but historians strongly believe that this game was developed to help Indian soldiers to improve their self-defense skills. Each team occupies opposite halves of the field. It is basically a combative sport, with seven players on the field at a time, while the other five are reserves. However Kabbadi has been recognized as an international sport but still it lacks that charm it was carrying years before. 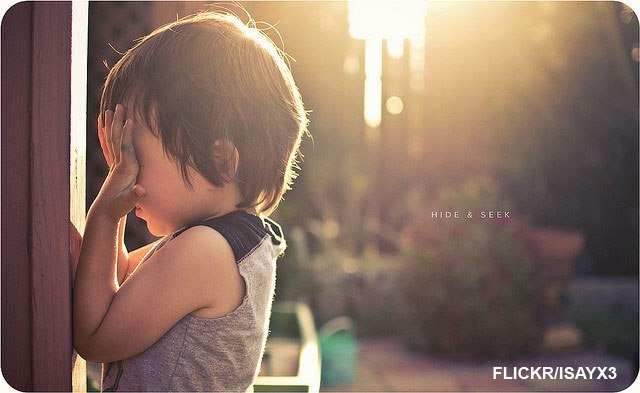 This game is also known as hide-n-seek. This however needed all the participants to be caught. The moment one guy is caught he joins and try to catch the other hidden participants. Each caught participant   joins and the chain gets longer. 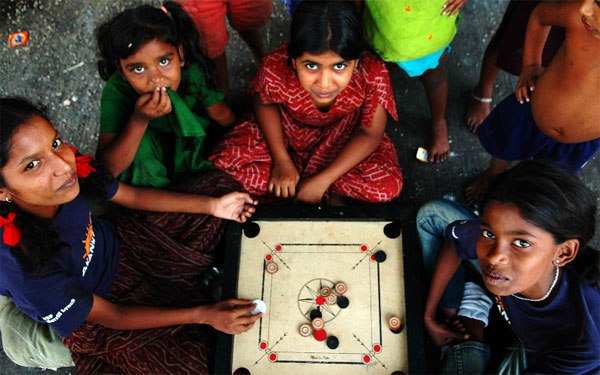 A famous dialogue in a movie says “Carrom ramvanu, juice pivanu, majja nee life” means it is a jolly game. But a sport has to stand on its own feet. Carrom was a popular indoor game few years back. It is more similar to marbles. The game is believed to have originated hundreds of years ago, although the precise region where carrom originated is unknown, but still it is believed that it was first played in either India or nearby country. Carrom is a game that requires hand skill, practice and confidence. It can be played with a team of two or even single player.

Isn’t it nostalgic and Lovable? Although we are in 21st century but we must spare some time for all round development of the human personality. As we know, present competitive age is not offering a family to sit together and to come close to each other, getting a chance to visit some garden or play some childhood game. This is leading to yet another potential threat to society, but present topic is not for the society but of us. I am sure after reading this; many of you would have gone down to those memory lanes and recalled those beautiful moments again.