Before starting my article, I would like to ask you one Question. What does strike in your mind first when you hear the words “Commonwealth Games” Well, the most common answers would be: corruption, unprepared buildings, and filthy apartments etc. But I want to know that why can’t we think of the things like Delhi Metro, Airport Terminal 3, World Class stadiums and so on…

Before starting my article, I would like to ask you one Question. What does strike in your mind first when you hear the words “Commonwealth Games” Well, the most common answers would be: corruption, unprepared buildings, and filthy apartments etc. But I want to know that why can’t we think of the things like Delhi Metro, Airport Terminal 3, World Class stadiums and so on…

After 28 years, we are going to get an opportunity to host a multi-sports event. All the stadiums are of International Quality, Delhi Metro has been made a reality, Indira Gandhi International Airport (IGIA) was conferred the fourth best airport award in the world, Apartments and Transportation are rich and superior in quality, all the participating players are adoring our food which is healthy and nutritious as well, in a nutshell we can say our guests are happy and delighted by our preparations. So instead of standing proud on our CWG preparations, why are we so much discouraged, misguided and adulterated about the Commonwealth Games. Is the media actually pouring anti-CWG toxic into our blood, or there is something really wrong in our perception for our country.

Well, the reasons for wrong publicity of CWG were:

Media: Before the Independence of our country, media played a vital role in encouraging mass to stand for their freedom. At that time, media was the heart of India, pumping positivity and hope into our blood.

But if you want to know what media is doing now a day, just switch on to any news channel. The new Saree of an actress would be the breaking news or a homicide in which 2 died would be the news. Little good news like massive plantation by someone, an honest officer, would struggle to find a minute on the same channel. 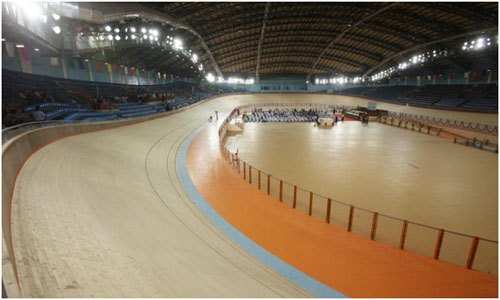 Any normal Indian won’t get boosted or will even feel good after watching this news. And our coming generation would see that only murders, extortion, robberies and corruptions are what going around. Despite the fact that there are still good people in this country, who are sacrificing a lot.

CWG were also de-publicized by our media. They showed only “two tiles” and “a bridge” all the time that felt down. Though there were lots of other things that could have been covered. Well, accidents happen, that’s why it was a matter of consideration, but really not a matter of publicity. Because in all these blame games, glitter of “Indian Pride and Preparations” was lost.

Fortunately, internet played the role of pacemaker for CWG. After watching the real pictures of CWG venues, many people were praising it in their tweets and updates. But it was constrained to few because Internet is still not a famous means of communication in India. And still, no electronic media did the effort to pull back the image of games.

Corruption: Another factor that contributed a lot to slander the image of CWG was corruption.

Well, I would like to give an analogy to convey my views:

We all know that even Indian Army is not untouched from the devil of corruption. So, should we dissolve our army!!! Of course not. Then why are we cursing whole CWG when not all are corrupted. Culprits can be nailed later; right now it is the time to cheer for our country.

I am sure, after watching the Opening Ceremony of Commonwealth Games, perception of all must have changed. 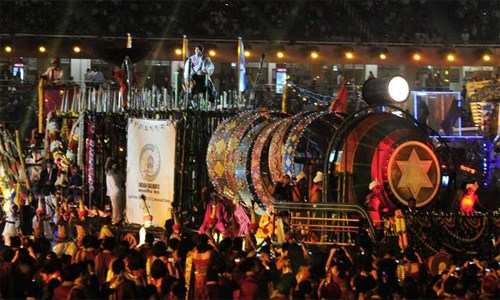 Some 6,700 athletes from 71 countries and territories will vie for 829 medals in 17 disciplines at the Games.  Aerostat would be the main attraction in the opening and in closing ceremony as well. It is for the first time that such a massive balloon is used for any entertainment/sporting event in the world. And the ceremony was so stunning, exquisitely performed, with marvelously blending our traditional culture with the popular culture that all the audiences were mesmerized by the beautiful performances of people from all over the India. Definitely, the opening ceremony was the unforgotten moment of all the viewers. 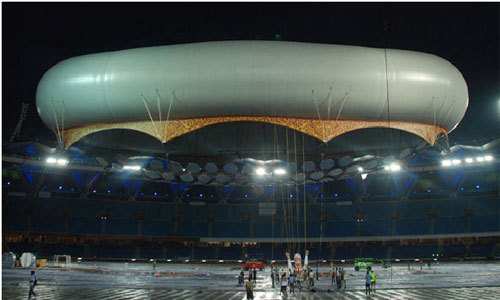 So cheer up friends; this is going to be the biggest Commonwealth Games ever organized. Let’s don’t fall under the wrong reports of media. Even in FIFA World Cup 2010 – South Africa there were huge apprehensions about their preparedness for the world cup. But we all know that they were big success. So, it doesn’t matter what reports anticipate. It’s what the performance that finally matters.

We should be feeling ourselves proud to be an Indian.

At last, I would like to end my article with few questions.

Why do we blame a traffic cop for an accident though the rider was actually not wearing a helmet, why do we blame a sweeper for filthy streets while it was us who threw the garbage outside, why do we curse a politician when we actually have elected them ???

“No country is perfect; we have to work to make it perfect.”

The time has come to take our country towards perfection. Let’s cheer and support Commonwealth Games!