How Is Jeeto Lotto Unique, Exclusive and Different 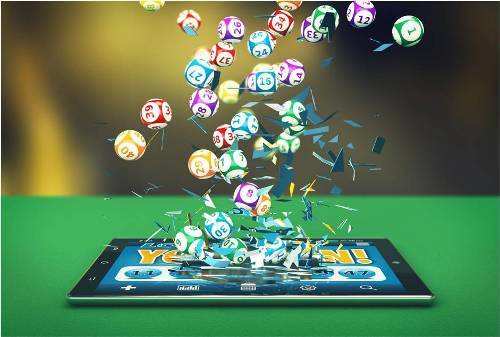 What is it that motivates people to try their luck at the game of chance despite knowing that the odds of winning a lottery are always less? Well, it’s the hope and excitement that comes from the uncertainty of this game of chance that attracts more and more people towards it. The popularity is further enhanced by online platforms like Lottoland that has emerged as a world leader in offering online platforms for international lotteries.

Now, lotteries are confined to a couple of draws per week with most of them having either one or two draws a week. This results in longer waits and fewer chances to try your luck at this game of chance. To solve this problem, Lottoland has come up with its exclusive game called Jeeto Lotto draw. This provides an exciting and fast world of fortune-making for its users. With its Jeeto Lotto lottery, Lottoland has changed the world of lotteries completely and made it all the more exciting.

How Is Jeeto Lotto Unique, Exclusive and Different?

Most of the players are aware of Keno in which 80 numbers are arranged in eight rows on the screen. The player then picks up 9 numbers or 12 numbers respectively depending on whether the game is Keno 9 and Keno 12.

Jeeto Lotto is a bit different though you can understand it as an evolved form of Keno. It is only available on Lottoland. In this game, a player needs to pick 10 numbers out of a possible 70. To hit a jackpot, all the ten numbers need to match. The best part of Jeeto Lotto is that it not only runs every single day but also draws happen every 4 minutes. The first draw kicks off at 5:34 am GMT and continues every 4 minutes until 10:54 pm GMT. If you do simple math, then in an hour a person gets 12 chances to hit the jackpot and become a millionaire.

How Much Money Does One Require Playing Jeeto Lotto?

The stake starts with just INR 90 and if you hit the jackpot there is a potential to win INR 90 million. In INR 90, you bet a single line. In case you want to increase your stakes, you can add additional lines. For each additional line, you just need to add INR 90. The more the number of lines you add, the better are your chances of hitting the jackpot. Now odds are hitting a jackpot are always less but by adding more lines, you also better your odds of winning the lower tier prizes. As draws keep happening every 4 minutes you are always on time, never early or late to play.

If you are really determined to try your luck, start playing Jeeto Lotto, which gives you multiple chances in an hour to become a millionaire.