To Tea or Not to Tea – is the Question

For those who take tea, the problems are directly related to physical well-being. Sweetened milk teas are known to be hunger suppressant and are dangerously responsible for insulin spike in blood sugar level that invites other ailments 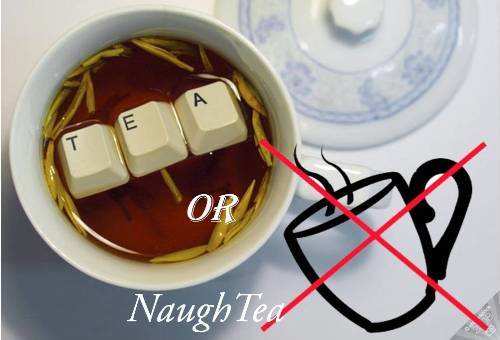 We inhabit a world fortified by Caffeine Nazis where non-conformists are criminated. They look at you with vitriolic surprise and disdain mocking at your refusal to not grow up into drinkers of mature and socially obligatory drinks. They doubt whether you’ve really grown up or not. You are offered childish Frooti in condescension accompanied my guffaws, smirks, weird looks and other dramatic expressions.  When I say I don’t drink tea at all, “You mean never?”, they sputter. I say, “Green tea, sometimes.” They breathe a sigh of relief.

It is a truth universally acknowledged that there is an absurdity in conformity as well as individuality. A tea drinker invites health problems and a non-tea drinker is stigmatized as a social out caste. Whether a tea drinker or not, you are in any case harming yourself, physically or socially.

I speak on behalf of those who don’t have the “lovely cuppa” in a tea-centric nation like India where tea is the national drink. I find myself confronting socially awkward situations where people sit in a circle to talk over cups of tea where I am the odd one. The ‘circle’ of tea drinkers is politely dismissive of those who don’t take tea. But if you don’t take tea, then can there be a conversation even possible? Why would the peon ask me millionth time, “chai peeni”? Maybe she doesn’t know how to fill the tea void, or else she’s waiting for some spirit to enter me and cause some kind of “hridya parivartan” towards the ecstatic realization of the social importance of caffeinism.  One must bear in mind that reading and not drinking are explicitly anti-social activities. If you indulge in any of these daring indoor ventures, you are surely not welcome to be part of the club and would be labeled as unfriendly or rude.

For those who take tea, the problems are directly related to physical well-being. Sweetened milk teas are known to be hunger suppressant and are dangerously responsible for insulin spike in blood sugar level that invites other ailments. Also, caffeine is a substance directly related to addiction. The cravings that people have for tea reminds us of drug addicts. The presence of caffeine in tea makes it addictive. Tea is no less than a drug for many, which they ‘need’ when they wake up, after a meal, after a bath, when the are sad, depressed, overworked and the list goes on. A day without tea is unimaginable for a few. Tea provides them with the necessary kick to go on with their daily lives. Too many cups of tea a day can also cause dehydration, restlessness, anxiety, bloating and nutrient deficiency. Sometimes I am also congratulated for the fact that I have been successful in taming the caffeine and this makes me a strong-willed person in the eyes of the tea addicts.

It is an accepted fact that there’s an element of psychological comfort associated with most rituals. Tea drinking rituals are socially sanctioned, celebrated, accepted and institutionalized. So, to tea or not to tea that is the dharma sankat. What Chelsea Fagan the founder of “The Financial Diet” says about tea vs coffee people can to some extent be applied in case of tea drinkers vs teatotallers,  “Because there is no such thing as middle ground. You are either decidedly one or the other, and if you hang on the fence to avoid the revolution, you will be cast into the pits of rabid dogs along with those heathens, the Hot Cocoa People”. So, you are left with just one option: make a choice and brave the consequences. But trust me, once you make your choice clear and the preferences are put in black and white, they have no other option but to accept it.

Dr. Sapna Dogra completed her B.A and M.A. in English Literature from University of Delhi. She holds a PhD from Jawaharlal Nehru University and is presently working as an Assistant Professor in the Department of English in Government College Baroh, Himachal Pradesh. She has over ten years of teaching experience. Her research articles, book reviews and translations have been published in reputed journals and magazines. She has also developed school level books. Her research interests include Folklore Studies, Translation Studies, Indian English Writing, Hindi Literature and Popular Literature.  She can be reached at sapnardm@gmail.com