Who should be Smart- The citizens or The governance?

In all of the above mentioned examples, it is not the citizens who acted smart but it is the ruler of Udaipur who took smart decisions of developing the city with the situations of that time and for the coming days. 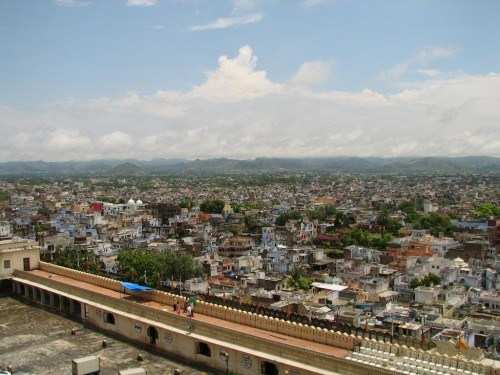 For us the water bodies of Udaipur are the beautiful mesmerizing lakes, but for the Kings, they were constructed as dams to reserve the water and to shift in other water bodies whenever necessary.

The pols; Chandpol, Surajpol, Delhigate are not just names of the areas but are entry-exit gates to the city. Same is with Siphon (Saifan) which is just a chouraha for us; but it was Siphon – a device that used to convey water from one point to another through U-shape tube.

In all of the above mentioned examples, it is not the citizens who acted smart but it is the ruler of Udaipur who took smart decisions of developing the city with the situations of that time and for the coming days.

Since its freedom, not just Udaipur but every city of India gets developed by ruling political party for every 5 years and when the party changed, the development also changed. This time we got Smart City Project.

We welcome this change and hope to get the complete facelift of the city with new, modern and technologically inspired infrastructure, architecture and amenities we require the most.

In all of this, I don’t understand only one thing, why does the government wants people’s participation in giving suggestion? Are they not qualified enough to think and act what is needed and what should be added?

Are they not informed of what is missing and what should be added? Why government wants people to be smart although ignoring the backwardness of governance itself?

Taking example from world’s top destination Dubai, 80 years back it was a desert, today it became a heaven on Earth. I don’t know if the King of Dubai ever asked the citizens to give suggestions on How to make a Bedouin country with no resources turned into a high end super specialty city.

I don’t know if Iphone’s Steve Jobs ever asked people to suggest him in making the smartest phone. In fact God never asked suggestions of his creatures before making this world so smart. Isn’t it?

Smart should be either the ruler or government who could act wisely, rule strongly and provide facilities to the citizens with strict laws and an extra room for continuous development.

Udaipur needs a smart governance, smart civic system, smart bureaucrats and smart leaders then, there is no need of Smart City Project.

Because if none of the bodies were smart, this city could have never become smart even with Rs.1000 Crores. Moreover, it might become another topic of multi-crore scam, controversy and prejudice.

Every government officer and employee should work with dedication and honesty, keeping in mind that they should ease life of common man because they are getting paid for common man. Be it a government teacher, police officer or a sweeper.

I think this should be the first step towards making the city smart, rest will follow mechanically.