5 Mistakes to Avoid in an Ezhava Wedding | Kerala Matrimony

Ezhava is a caste of the Hindu community in Kerala and is known to be orthodox as far as traditional Kerala matrimony ceremonies are concerned. As part of this culture, weddings are planned with the utmost detail and close attention is also paid to respecting of elders by both the bride and the groom. Increasing […] 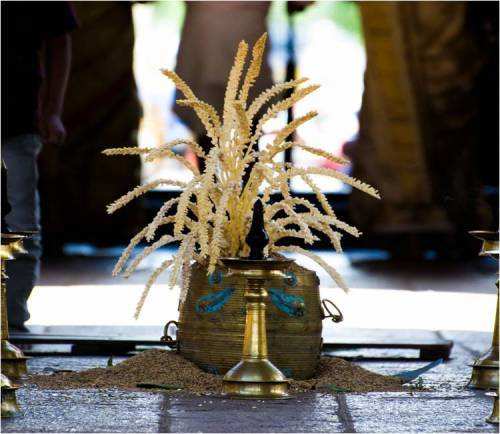 Ezhava is a caste of the Hindu community in Kerala and is known to be orthodox as far as traditional Kerala matrimony ceremonies are concerned. As part of this culture, weddings are planned with the utmost detail and close attention is also paid to respecting of elders by both the bride and the groom.

Increasing modernization could create hindrances in following age-old traditions in Ezhava matrimony; however, the Ezhava community ensures thorough focus on traditions despite the modernity. Here are the top 5 mistakes to avoid in an Ezhava wedding.

Not Performing Puja before Ceremony

Ezhava community has a profound belief in God and hence the importance of puja before an Ezhava wedding. This puja ceremony involves the offering of fresh flowers to Lord Ganesha. The flowers are to be set in a thali or a plate and offered to God. The idea behind this ritual is to clear all possible hindrances in the upcoming wedding and seek blessings of God before the initiation of the wedding formalities. In such ceremonies, the bride or the groom might either miss attendance or pay little attention to details. This should be avoided, and both should comply with such rituals.

Ezhava weddings are generally a grand affair and the Ezhava people believe in having wedding celebrations with utmost grandeur. The presence of distant relatives in large numbers is common to such weddings. It is extremely important that the bride’s as well as the groom’s family pays close attention to the comfort and catering of all the guests who arrive for the wedding. Some people mistake this for age-old tradition; however, this should not be neglected, and it is considered as part of one of the procedures to a successful wedding.

Not Giving Gifts to Bride and Groom

Ezhava weddings involve buying of gifts by both the sides for each other. This is part of the Nischayam ceremony and should not be ignored. Utmost care should be taken while buying gifts and the ceremony should be considered in the presence of a priest. Ezhava community believes in completing these rituals on time and last-minute complications or rush are to be avoided. It might sound like a simple task to complete; however, close attention has to be paid to the kind of gifts that are bought.

Not Conducting the Nishchayam or Engagement Ceremony

To mark the beginning of the wedding, a Nishchayam ceremony is held. In Ezhava weddings, this is considered as one of the most sacred beginnings and hence important to pay attention to. Gifts have to be exchanged between the elders of the bride’s family and the groom’s family. This has to be done as per appropriate tradition and guidance of elders and priests. This ceremony cannot be neglected both from the standpoint of the gifts to be bought as well as the presence of the bride and groom along with elders.

Although Kashi Yatra is considered to be a fun element in Ezhava weddings, it cannot be neglected. The bride and groom have to seek the blessings of elders before and after final nuptials and the entire wedding ceremony should be done with as much joy as respect towards tradition.

While it may sound like a lot of formalities to be completed as part of Ezhava matrimony, in the end, it is all done for the positive future of bride and groom. The community sticks to their tradition in order to maintain their culture and pass it on to future generations.