All of Vienna on one card: The Vienna Pass

Free admission to over 60 attractions in Vienna, unlimited free rides on the HOP ON HOP OFF buses and fast lanes at many attractions–that's the Vienna PASS in a nutshell 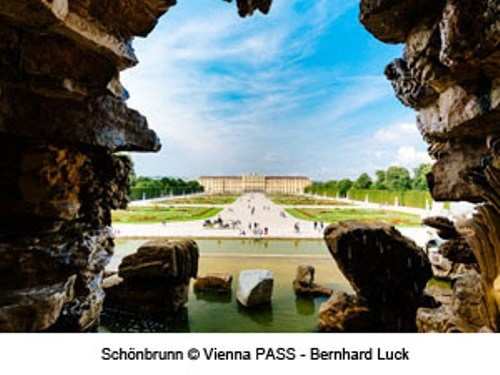 Free admission to over 60 attractions in Vienna, unlimited free rides on the HOP ON HOP OFF buses and fast lanes at many attractions–that’s the Vienna PASS in a nutshell.

Discover all of Vienna with just one card

The attractions included in the Vienna Pass are some of the absolute tourist highlights of the Imperial city on the Danube, such as Schonbrunn Palace, the Hofburg Palace, the Giant Ferris Wheel, the Spanish Riding School, Vienna’s famous Kunsthistorisches Museum (museum of art history), and many more. 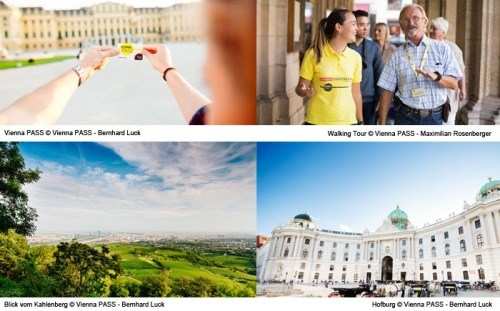 Card holders can also discover lesser-known sights like the Collection of Anatomical Pathology in the Madhouse Tower or explore the history of Esperanto at the Esperanto Museum. A guided walking tour to the most important sights of the city centre is also included in the pass.

The benefits of the Vienna PASS don’t end at the city limits–it includes several fascinating historical and cultural sites around Vienna, such as Imperial Palace Schloss Hof in the Marchfeld region, the palatial hunting lodge built by Prince Eugene, which was later acquired by Empress Maria Theresa and expanded for family visits, or Carnuntum, where the basic types of architecture of a Roman city quarter have been reconstructed at its original site.

Visitors can reach the attractions comfortably using the HOP ON HOP OFF Vienna Sightseeing buses. Vienna Pass holders can switch freely between six different, color coded routes with a total of over 50 stops, allowing them to design their very own sightseeing tour. The Vienna Pass grants unlimited use of the hop on hop off buses during its validity.

The Vienna Pass can be purchased online at www.viennapass.com