Having raised funding from the likes of Ratan Tata and Ronnie Screwvala as well as Unilazer Ventures, the Udaipur startup looks at bagging a GMV run rate of $120 million by FY19, scaling up from the $20 million mark.  The founders claim to accommodate around 10 million users before the next year end

Niki.ai, an Artificial intelligence based chatbot that was conceived through an idea in Udaipur and then migrated to Bangalore to explore growth options, is now 2 million user strong and hopes to crack the $20 million revenue target next year.

Niki was the brainchild of four IIT whizkids – Nitin Babel, Sachin Jaiswal, Keshav Pravasi and Shishir Modi.  The four identified the vacuum that, when filled, would enable a conventional user interface, which would allow users to interact and carry out transactions with voice or over chat. 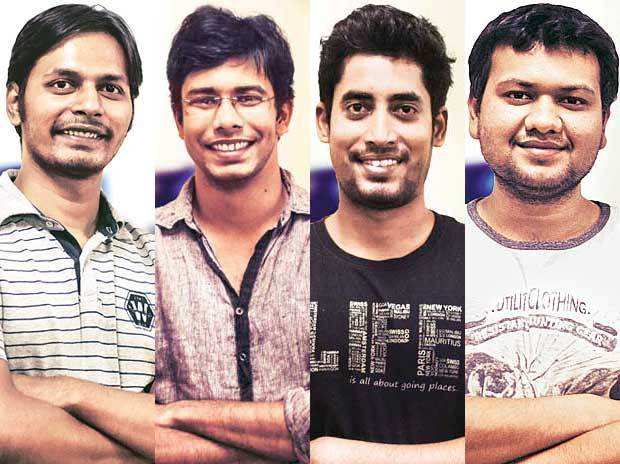 The operations were kick started from Udaipur and later, the team relocated to Bangalore, to get easy access to talent and exposure.

With AI assisted buying experience, Niki fulfils all commercial needs where before a user was installing 30 different applications that would eat memory, slows down the phone and become uncomfortable.

The Niki Android App has around 500 thousand downloads till date and the total users across platforms stand at over 2 million.

At this point the Niki Android App can facilitate third party payments like Prepaid and Postpaid Mobile, Household bills, cab booking, movie tickets as well as local deals (facilitated by NearBuy).  Apart from these, Bus bookings, hotel booking, event booking, order a burger and get your laundry done are all the tasks that the AI chatbot facilitates.

Other than performing the above requests, Niki provides a plug and play technology through an SK, which can be easily integrated on OS, messaging platforms, and the relevant brands’ applications.

Nitin, one of the brains behind Niki, says that the team is transforming online shopping experience for millions of users by simplifying the same on a single chat window interface.  July will see the launch of the voice recognition service in Hindi and over the next 6 months, in another 6 regional languages, which include Marathi, Bengali, Malayalam, Kannada, Tamil and Telugu.

Working on a channel partnership revenue model, the team get a commission on every order fulfilled.  The commission ranges from 2% to 22%.  With 60 distribution partners including ICICI Bank, HDFC, Intex, etc and 70 fulfillment partners that include RedBus, OYO, Cleartrip, etc, Niki plans to introduce Stock broking and insurance as the next in line services.  Whew!

Niki users have grown substantially in 2018, with the addition of 1.7 million new users, a growth of 566% over the last calendar year.  As a result of the growth, the cost of customer acquisition has also reduced from Rs 10-12 to Rs 1-2.

Having raised funding from the likes of Ratan Tata and Ronnie Screwvala as well as Unilazer Ventures, the Udaipur startup looks at bagging a GMV run rate of $120 million by FY19, scaling up from the $20 million mark.  The founders claim to accommodate around 10 million users before the next year end.