In the prevalent market scenario, where most projects in Udaipur are stranded for a plethora of reasons, it sure is happy news for end-use real-estate buyers that Miraj is standing strong in the Real Estate Market 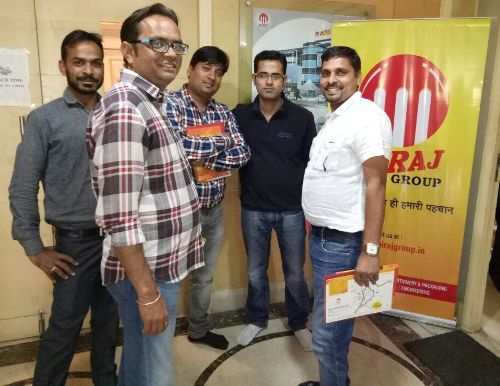 In the prevalent market scenario, where most projects in Udaipur are stranded for a plethora of reasons, it sure is happy news for end-use real-estate buyers that Miraj is standing strong in the Real Estate Market.

A fair and quick look at the progress report of Miraj Developers, shows how committed and motivated Miraj is.  Just around the corner is another dream come true, with Miraj’s esteemed project at Udaipur, the Miraj Morning at Sector 14 getting ready for occupation.  The policy of Miraj for its construction wing is similar to its policy with other areas that Miraj serves – believing in togetherness…and this is what keeps the developer motivated during their journey ahead.

Committed to creating one of the best places to live in,  Miraj has created wonderful societies in Udaipur in the past and endeavors to continue doing so.

Miraj Morning, albeit a smaller society with 78 flats already boasts of over 50 flats already being sold.  With the governments initiative of streamlining and making the registry phase swifter and without bottlenecks, has helped Miraj design, develop and deliver at a faster pace than others. 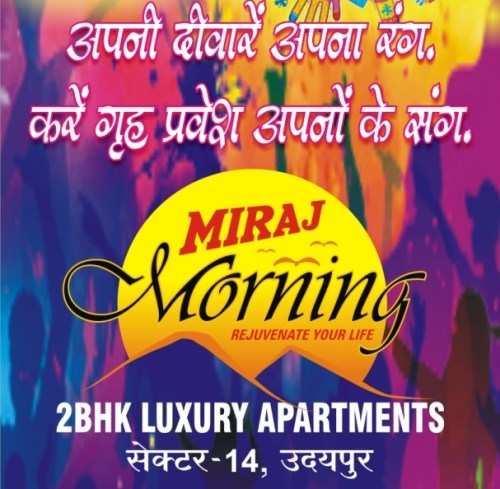 At Miraj, we believe that the real value is delivered when the residents move in – not only making the apartment a home, but also converting the society into a live community – the core of the Culture at Miraj Societies.  Miraj endeavors to forming better societies, so that the community members get full access to the amenities provided in the place of residence – be it stand alone or group.

This is one of the reasons why previous projects such as Malhar and Airavat at Udaipur have flourished, with Miraj Morning soon to join the bandwagon of happy residents..

In a survey conducted among residents in residential housing societies, Miraj ranked in the higher scale – not only a statement, but a realty check – since we believe…
” your trust is our recognition “