While the concept of ‘Police University’ is gradually taking its roots in Central India, replication of this model throughout the country will progressively improve the prospects of police-academic criminologist partnerships 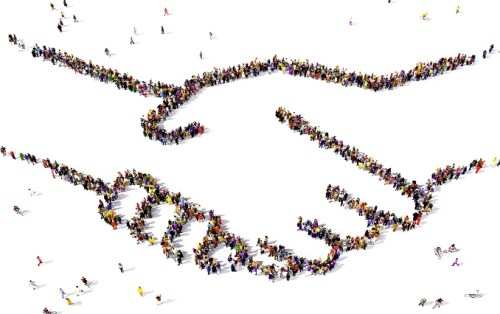 Center for Criminology & Public Policy has released a three-page policy brief suggesting that integrating criminologists into the routine operations of police will allow for better use of limited resources, increased public safety, and lesser physical and economical costs to the tax payers.

The policy brief, prepared after extensive interviews with the top police brass of the Home Ministry, including the Bureau of Police Research & Development and the National Crime Records Bureau, demonstrated that academic criminologists can enhance the capacity of police departments to understand crime problems and develop proactive strategies to prevent those problems from recurring.

It also indicates that academic criminologists have a unique and indispensable role to play at police training schools; their competence in research and data analytics can equip police officers with new skills and knowledge to meet contemporary challenges of crime and public security.

The policy brief, ‘Why should Indian Police join hands with Criminologists?’ was published in the Center’s Policy Provocation series.

Centers’ Director and policy brief author, Rochin Chandra says, “due to the advent of globalization, economic liberalization, and communication revolution, there has been a tremendous change in the dynamics of crime and criminal behavior. To catch up with these changes, the Indian police force must recognize a skill which is not held by other police staff, and take a bold step of inviting outsiders into their departments.”

He further adds, “working with academics in a practical and intellectual partnership will require changes to the very culture and psychology of police. This concept will sustain only when high ranking police officers take an open-mind to news ways of working and value the ideals of team work and collaboration”.

Policy brief compiles recent research, even official data, to argue that academic criminologists can help police executives in making optimal use of their limited resources.  In this regard, it explains that, Indian government holds massive amount of criminal justice data. By analyzing the crime statistics from police agencies, a criminologist can identify the spatio-temporal distribution of crime hot-spots, as well as environmental and situational factors attracting opportunities for crime.

“Embedding criminologists inside police departments will pave way for innovation in policing, which would eventually reduce crime and improve public safety” – Rochin Chandra.

These insights into crime patterns may be used by police executives to assess the impact of their programs, and subsequently strategize as to where and when they should target their resources. Bottom line, increasing police presence at areas where crimes are most likely to happen will enable police to deter criminal activity and thereby prevent crimes from taking place in the first place.

“Unlike western countries, the potential of police-researcher partnerships has not been thoroughly explored in India. So far, Gujarat and Kerala are the only two states where police executives partner with academic criminologists to co-produce evidence regarding the impact, cost and implementation of their strategies, and use this information to guide their crime reduction efforts”, says Rochin, emphasizing that, “such research partnerships will socialize the police department about the value of science in policing and strengthen the role of evidence-based approaches in police decision-making”.

Providing further underpinning for police-criminologist partnerships, Rochin notes that, “it is imperative to embed an academic with police department because the system is not structured to engage research, and the police executives lack formal training in understanding and using evidence for crime-fighting.”

He also highlights that while the concept of ‘Police University’ is gradually taking its roots in Central India, replication of this model throughout the country will progressively improve the prospects of police-academic criminologist partnerships.

Recognizing the public security challenges emanating from police budget cuts, acute staff shortage, outdated police tactics (responding to calls after a crime has occurred), and ineffective utilization and management of police personnel, the policy brief recommends police leadership to align their organizational culture and values with effective use of academic criminologists  and the high quality evidence produced by them.

Center for Criminology & Public Policy (CCPP) is India’s first-of-its-kind think tank specializing in crime and justice. It conducts empirically-based,policy focused research to influence public policy and public opinion. The primary goal of the Center is to enhance the understanding of costs, benefits, and consequences of criminal justice policies among those responsible for governmental actions. Founding premise behind the Center is this: public safety and quality of life will improve, if criminal justice policies are informed by research–based ‘objective’ evidence – instead of emotions and ideologies. To date, the Center has conducted two conferences, one at the state level and other one focusing the audience from across the country. Further information about the Center can be accessed here.

CCPP was established under the Rajasthan Society of Criminology & Victimology, a non-profit organization devoted to promoting criminological study, research and practice in the state. On its inauguration, Vasundhara Raje, the Hon’ble Chief Minister of Rajasthan, conveyed her best wishes to the Director, R Rochin Chandra, for initiating a think tank for crime control, while Manan Chaturvedi, State Minister, recognized the importance of criminological research in the development of criminal justice policies and practices.