Udaipur CA and Businessmen amongst accused in Rs 1000 Cr scam 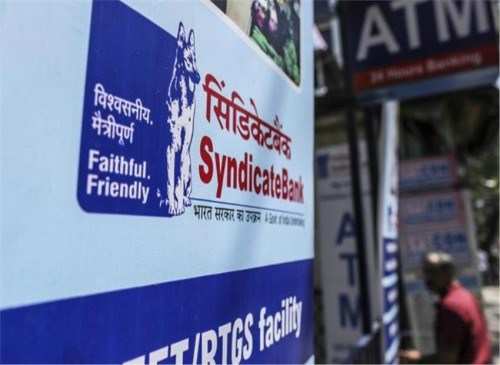 Bharat Bomb, a Chartered Accountant from Udaipur is amongst the accused booked by CBI for the Rs 1000 Cr scam in Syndicate Bank.  Businessmen, Piyush Jain and Vineet Jain, also from Udaipur have been named in the FIR.

CBI, on Tuesday, filed a case against 5 Syndicate Bank officials including Avdhesh Tiwari, AGM, Syndicate Bank, Udaipur; Bharat Bamb (Udaipur CA), two businessmen from Udaipur and one from Jaipur on charges of causing a loss of Rs 1,000 Cr to Syndicate Bank by discounting fake bills and cheques, and arranging Overdraft against fake Letters of Credits and non existent LIC Policies.

As per media sources, the fraud came to light recently and CBI complaint was filed after suspension of Bank officials.

All accused have been booked under charges of criminal conspiracy, passing a forged document as genuine, cheating and forgery under IPC and sections of Prevention of Corruption Act.

CBI spokesperson Devpreet Singh informed that the accused persons in conjunction with Bank officials committed a fraud of Rs 1,000 Cr by discounting of fake bills and cheques and arranging over-draft limit against non-existent LIC Policies and Letters of Credit.  Devpreet further said that fake cheques between value of Rs. 40 Lakh to Rs. 5 Crore were processed in the transactions with the maximum bulk being Rs 2.5 Crore to Rs 4 Crore.

The fraud has been going on since 2011 in collusion of Udaipur branch, Jaipur branch and Delhi branch.  CBI is currently conducting raids at 10 locations across Rajasthan and Delhi and recovering documents related to the matter.

The scam that allegedly ran through 2011-16 continued unabated by escaping the Audits and throwing to the wind all the formalities of KYC norms as 386 bank accounts of various natures were opened in three branches, viz. MI Road and Malviya Nagar in Jaipur and a branch in Udaipur.

386 accounts of different nature (showing different activity) were opened in three Branches, viz. Malviya Nagar and MI Road in Jaipur and the branch in Udaipur.  This scam, using the three accounts as a platform, that allegedly took place between 2011-2016, continued unabated through this period by escaping all Audits and throwing to the wind all formalities related to the KYC (Know Your Customer) procedure.

Sources, explaining the modus operandi, said “they deposited fake cheques and discounted them for cash immediately (Cheque OR Bill Discounting involved depositing a valid Bill/Cheque in a Bank and taking money lesser in value than the Cheque or Bill as Cash in Advance – for e.g. Rs 900 against a Rs 1000 cheque that has a later honor date).  Sources further said that allegedly, before the cheque bounced, the fraudsters used to produce another cheque of higher value and again get discounted encashment, with a part being written off against the earlier fake cheque of the lower value.  The sources also said that scams of such an enormity shows systemic loop holes in the banks operating system/procedures.  It is alleged that it was impossible to process such a large fraud in the absence of active participation from Bank officials at various levels who ignored procedures and process in the checks and balances of the system.