15,000 Rural and Tribal ‘Sakhis’ to get Medical Attention 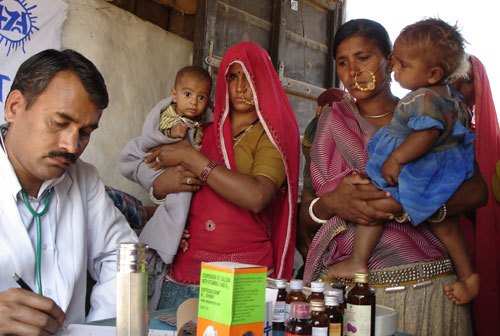 This 1 month camp will focus on diabetes and hypertension which is being commonly found in rural & tribal women. The camps will run in 3 phases in collaboration with an NGO partner, Dirgahayu Foundation. In first phase of 3 days, blood sugar and blood pressure will be checked through finger stick method and electronic blood pressure monitor respectively at each location. In second phase, the women who are diagnosed with diabetes or hypertension will undergo lab tests like HbA1c, CBC, Lipid Profile to name a few, followed by proper consultancy with health education and proper diet chart by team of doctors under the guidance of Dr. Garima Chaturvedi. In third phase, a further follow-up and consultation will be given to these rural women.

Hindustan Zinc will be organizing over 36 camps in a given period of time covering 18 clusters of villages thus taping rural and tribal women of over 180 villages.

India with 65 million people suffering from diabetes is also known as ‘diabetes capital of the world’ and this number is supposed to grow to 100 million by year 2030. Especially, women are more susceptible to diabetes and its associated complications like heart diseases, strokes, blindness and kidney diseases among other complications. It becomes imperative to address the problem particularly in rural & tribal women who are usually unaware of the threat these diseases are posting on their life.

Under the ‘Sakhi’ Mega Health Check-up Camp, apart from 6000 ‘Sakhi’ rural women of 475 ‘Sakhi’ self-help-groups of Hindustan Zinc, 9000 rural & tribal women of other self-help-groups will also be getting benefitted from this camp, informed Mr. Pavan Kaushik – Head Corporate Communication, HZL.