6 inmates of Nari Niketan (govt. shelter home) at Udaipur got a fresh lease of life when their parents forgave and took them home, thanks to judiciary. 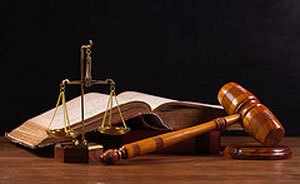 6 inmates of Nari Niketan (govt. shelter home) at Udaipur got a fresh lease of life when their parents forgave and took them home, thanks to judiciary.

The District Legal Service Authority (DLSA) here, in a first of its kind in the country, took a suo-motu initiation to rehabilitate girls living in the dingy shelter homes.

“At a time when the call is for ‘Beti Bachao’ how could we forget the hundreds of girls who are confined to live in state shelter homes for no fault of their own” said Neeraj Bharadwaj, the full time secretary of DLSA. “Most of the inmates in Nari Niketan are young girls who had eloped from their homes of love affairs. Unfortunately, either they were dumped by their mates or the boys were jailed leaving the girls in a lurch” Bharadwaj said.

In most of the cases, parents desert them for causing shame thus the girls have no option other than to spend the rest of their lives in the shelter homes. To give a try to reunite such families, Bharadwaj led a team of retainer advocates, social welfare department authorities which conducted a detailed study of the back ground of the inmates in shelter homes. Ten candidates were shortlisted who showed repent in their conduct and so their families were contacted, counseled and finally convinced.

“It had not been an easy task. Parents have dual approach- if their son has committed theft or even a murder- they will forgive but if the daughter has erred, it is unbearable for them” Bharadwaj claimed

“We treated them psychologically to melt their hearts towards their child who separated from them months and even years ago and finally it worked’ said Harish Paliwal, a retainer advocate. In one of the case, it was a woman with her child who was handed over to the spouse. Sheela’s husband (Changed name) had refused at the counseling sessions to take her back due to extreme poverty, but the DLSA then assured to benefit him with various social welfare schemes to set up his own business and so the couple were united.

“We will conduct follow up activities for three months to ensure that the home-back process had really worked. In next stage, few more girls and their families would be counseled for a reunion,” Bharadwaj said.