The execution of the trio was a watershed moment in history and India is proud that they belonged to our country. Their martyrdom inspired a life of freedom and dignity for Indians and many others who followed his vision

“If the Deaf are to hear, the Sound has to be very Loud…“, said Indian revolutionary Bhagat Singh, whose voice was silenced on March 23 1931 by his nemesis, the British.

Today, March 23 is Shaheed Diwas, marked as a memoir to Shaheed Bhagat Singh and his compatriots, Sukhdev and Rajguru. The bold trio who gave the British sleepless nights in the very few years that they were active in the Indian Independence revolution, were hanged at 7:30pm on March 23.

This decision and the way it was implemented by the British, proved to be a moment of crucial importance in the development and success of the Indian freedom movement. 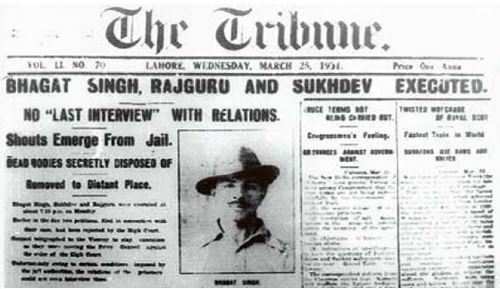 Not a very firm believer in Gandhian policies of non-violence and the Satyagraha, he had once said, “Non-violence is backed by the theory of soul-force…but soul-force needs to be combined with physical force so as not to remain at the mercy of tyrannical and ruthless enemy.”

Bhagat Singh was an avid reader and his choice of authors was diverse, but consisted mostly socialist writers such as Maxim Gorky, Charles Dickens, Lenin.

Bhagat Singh, a socialist by principle and a revolutionary at heart, committed two major acts of dramatic violence against the British in India. This led to his arrest and execution at the age of 23 years. However, his arrest, the shady implementation of the execution and the aftermath is written in bold in the pages of history. It is correctly perceived that the seed of revolution sowed by martyrs such as Mangal Pandey were provided the much needed impetus in the form of fodder by revolutionaries working on the path established by Bhagat Singh and his team, viz. Rajguru, Sukhdev and Chandrashekhar Azad. 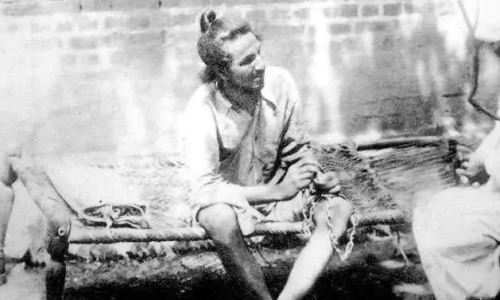 The execution of the trio was a watershed moment in history and India is proud that they belonged to our country. Their martyrdom inspired a life of freedom and dignity for Indians and many others who followed his vision.

Sukhdev, Bhagat Singh’s compatriot and his friend since college, was born on 15th May 1907 at Ludhiana. He was witness to British atrocities since childhood. He along with Bhagat Singh and Rajguru pulled the assasination of DSP Saunders in 1928 in retaliation to the death of Lala Lajpat Rai. The bodies of Bhagat Singh, Sukhdev and Rajguru were secretly cremated on the banks of the Satluj.

Shivaram Rajguru, the third among those executed this day, was born at Khed near Pune, and joined the Hindustan Socialist Republican Association with Bhagat Singh and Sukhdev. His role in the assasination also led to his execution. His belied that ferocity against oppression was far more effective against British rule than the Gandhian policy of non violence and civil disobedience.