Udupi district police have succeeded in unravelling a train robbery that took place in Netravati Express travelling from Mumbai to Thiruvananthapuram in September this year. Two Udaipur men are amongst the arrested members. 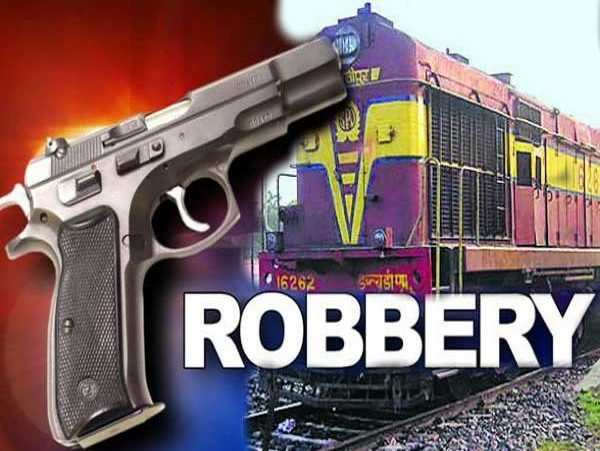 Udupi district police have succeeded in unravelling a train robbery that took place in Netravati Express travelling from Mumbai to Thiruvananthapuram in September this year. Two Udaipur men are amongst the arrested members.

Rajendra Singh while travelling by the Netravati Express on September 17, was carrying gold bangles worth Rs 1,28,32,216 of GM Gold Pvt Ltd. The suitcase in which he was carrying was snatched away by armed robbers near Suratkal on September 18 early morning. A case was filed in Padubidri police station the same day.

Addressing a press meet here on Tuesday December 5, Udupi SP Dr Sanjeev Patil said that a total of seven accused have been arrested in the case so far, but some more are yet to be nabbed.

While Mithun and Pintu were arrested near Ullal railway station on November 21, Mukthar and Riyaz were taken into custody at Pumpwell in Mangaluru on November 17, Yogishwar and Prabhulal were nabbed on December 3 in Mumbai and Murugan was arrested from Thrissur on November 23.

“We had to start the investigation with nothing to go on. There was no clue about the suspects nor did the victim have any clue about them. We then took the help of Kerala, Maharashtra and Rajasthan police to solve this case,” the SP said, adding that some more involved in the crime are yet to arrested.

Giving details of the case, the SP said, “Accused Yogishwar Singh was formerly working in G M Gold. He was dismissed by the management for having cheated the company, and was eager for revenge. He knew that company representatives frequently travelled to different parts of India carrying gold, so he hatched a plan to rob them. With the help of another accused identified as Devraj Thakur, he chalked out the plan.

“At this point of time Prabhulal Gurjar, an employee of G M Gold company came to Yogishwar and said he was in need of Rs 10 lac. Yogishwar promised him to give the money if he could provide information about the company personnel travelling with gold. Prabhulal agreed to this. Later Mithun, Pintu Arjun Choudahary, Mukhtar Ibahim, Riyaz K also joined the gang at different points of time. They attempted a robbery in the first week of September but it failed due to wrong information about their target.

“They succeeded in their second attempt. They robbed Rajendra Singh at gunpoint, and also injured him physically. After the robbery the gang moved to Sullia near Mangaluru. There, Riyaz and Mukthar took their share and moved to Kasargod. The others went to Mumbai and shared the remaining booty among themselves,” the SP said.

Gold ornaments worth Rs 31,80,000, 1 country revolver, 2 live bullets, one gold melting machine and 6 mobiles phones have been confiscated from the accused. The total worth of seized items is 40,25,000.

“A Hyundai i10 car purchased by Yogishwar has been confiscated. P K Murugan purchased jewellery from Riyaz and Mukhtar,” the SP said.

IGP Hemanth Nimbalkar announced a reward of Rs one lac to the police team for cracking the case.