Man posing to be IB officer arrested in Udaipur

26 year old youth wanted by UP and MP police, arrested in Udaipur. 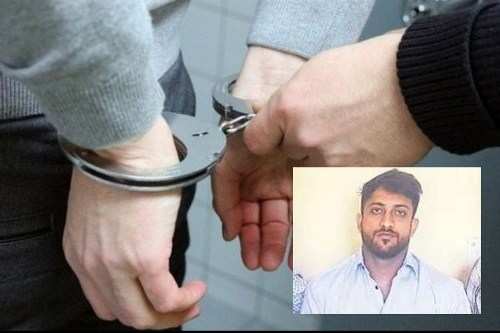 Goverdhan Vilas police has arrested a wanted criminal in Udaipur city on Sunday. This criminal was in the wanted list of Madhya Pradesh and Uttar Pradesh.

Deepak Bhati (26) became a suspect when he was moving around in transport nagar and when questioned about his identity, he posed to be an IB officer. Police got suspicious about his movements and took him to police station for interrogation where he revealed himself as Deepak Bhati, resident of Noida.

When police sent this information to Noida police, they came to know that Deepak is wanted for a rape case by Noida police. After the rape, he fled to Bhopal in the state of Madhya Pradesh under alias name. There he befriended a woman, fooled her and later escaped in her car. This made him a criminal in Madhya Pradesh police station as well. From there he reached Udaipur. He registered himself on a matrimonial site and after getting in contact with a number of females, he duped them and had lots of money transferred into his account.

Deepak Bhati was moving around under the guise of an IB officer in Udaipur and even stayed in luxurious hotels.  He made Kota as his home town and even convinced people into becoming his parents so that he could cheat parents of different females he had befriended through matrimonial sites.

When police found details of his family, they got mobile number of his wife. Police rang up his wife who stated that she did not even want to see him as he had cheated her into marriage and stranded her when she got pregnant.