Picked from Udaipur | Girl sold and raped by 10 men

15-year old girl living in Haridasji ki Magri situated hostel went through the most traumatic two and half months that anyone could imagine. She was raped by 10 different men and sold every time by the rapist to some other man. 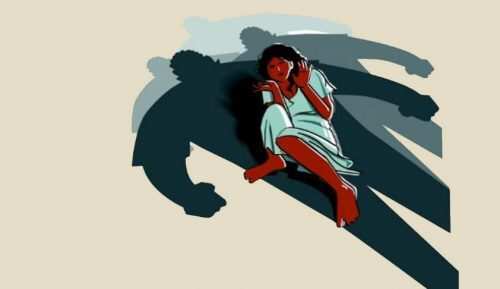 15-year old girl living in Haridasji ki Magri situated hostel went through the most traumatic two and half months that anyone could imagine. She was raped by 10 different men and sold every time by the rapist to some other man.

The victim is a resident of Falasiya, Jhadol. She was studying while staying in hostel in Udaipur. The victim had gone to her village on 26-Nov with her father in order to take computer examination. After taking the examination, she returned to Udaipur on 27-Nov. On her return, she met her relative named Sanjay Gamar at Subhash Chouraha. Sanjay forcefully put her in an auto and took her to his rented house in Malla Talai. He then kept her there till 14-Dec and raped her.

The victim’s father lodged a missing person complaint with police on 10-Dec. Meanwhile, Sanjay’s mother reached Sanjay’s house on 15-Dec and took her to their village where Sanjay’s wife tortured the victim and built pressure on the victim to tell Police that she went with Sanjay on her own volition. Under pressure, this is what the victim told Police.

Getting strength from this sort of submission by the victim, the other perpetrators got into action. On 20-Dec, when victim was coming back to Udaipur to meet her maternal uncle, she was stopped by Sanjay Gamar. Sanjay forcibly took her and he along with two other colleagues Sanjay Dama and Vijaypal raped her.

After raping the victim, Sanjay Gamar, Dama and Vijaypal sold her to an Udaipur resident called Radhabai. Radhabai sold her to a truck driver Shankar. Shankar took her to Gota and Ahmedabad. After keeping her at an acquaintances house for a few days, he took her in a train and sold it to a senior citizen.

This senior citizen then called up a women trafficker from Mumbai called Prakash. Prakash passed on the victim to a man called Pratap who further passed her on to Vela. Prakash, Pratap and Vela then sold her off to Dhanraj (r/o Rab village) for about Rs 2 Lakh. Finally, there, the victim managed to get hold of a mobile and called her parents.

Under pressure from the parents and social groups, Falasiya police got into action and released the victim from Dhanraj’s clutches.