Terror created in Pratapnagar by armed men on the loot 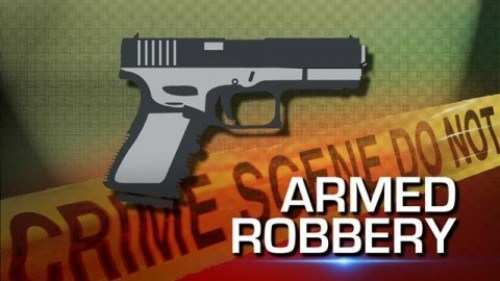 Pratapnagar area was in for a long spell of terror early morning on Monday. Armed men looted B-Block in Pratapnagar in front of Central School. There were around 9 masked men who targetted Pratapnagar area early Monday morning between 3:30 a.m. and 5 a.m. The masked robbers looted 2 houses and took away cash and jewellery. As per reports, 1.5 lakh rupees and gold ornaments were looted by these armed masked men.

The CCTV footages show that there 9 men who planned this loot. The residents informed that 2 houses were locked as the families were out of town. These 2 houses were targetted and it clearly states that the robbers did a good recce of the area. CCTV footage also shows one of the robbers on the watch directing the other robbers about their target. Both the houses are just a lane apart. Residents said that the robbers were divided in 2 groups. The dogs had started barking while these robbers were in action. The robbers hushed away the dogs by throwing stones at them. They were equipped with lathis and heavy iron rods (sabbal).

One of the house owner Lalit Gang informed police that he left for Nakoda ji with family on Saturday and returned around 4 a.m. on Monday. He found that the locks of his house were broken. The house warming ceremony had taken place only 6 months back. There was a lot of cash lying in the house for furniture work and also some jewellery weighing 100 gms. The robbers took away everything including the children’s money bank.

The other resident Narendra informed that his family had returned from a wedding function on Sunday evening. His tenant was away to his native town on vacation. When Narendra got up on Monday morning, he found that his house was locked from outside. He made a phone call to his neighbour who unlocked the door. The door lock of his tenant’s house was broken and things were lying scattered. Even the CCTV cameras were broken.

There is a house under construction close to Lalit’s house. A labour was sleeping in there but he said that he did not hear any sound. Residents of the colony are agitated and fingers are being raised on the working of police. The police station is barely 500 metres away, yet the robbers could do what they wanted.