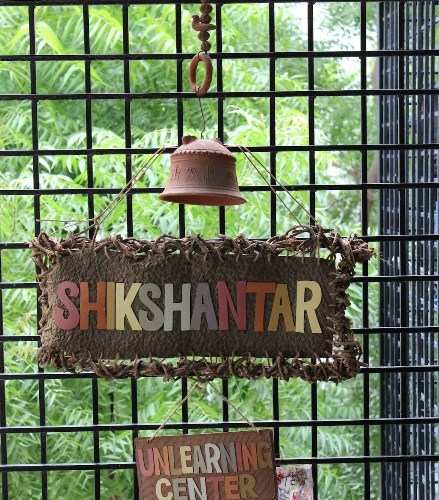 The 3-week Shikshantar camp ended on Wednesday. Children between the age of 10 and 18 from the entire nation participated in this camp.

Many students have given up on schools. They feel that knowledge gained through books is not enough for a child and it also builds too much of tension. There are many such students who have given up on schooling and wish to move away from the regular system of education. Parents also support the concept of education which is not limited to schools and books. A number of students became a part of the 3-week camp which was organised by Shikshantar.

The camp became an easy way for the children to understand life. It made it very convenient for the children to learn about the topics of their interest. The children learnt the working of various restaurants, salons, journalism, and many such various professions. They also visited government schools and spent the day with the students there. The children also learnt about life in villages after their visit to some of the villages.  The camp was attended by children from Ahmedabad, Bengaluru, Delhi, Raipur, Pune and many other places. Many of these children have given up on school education as the load of bookish knowledge is too much for a child to handle. More so, the tension of studies on regular basis is forcing the children into depression.

Parents are also of the opinion that ‘Shikshantar’ is the right way to impart education to a child. This process does not push a child into depression, the child also feels comfortable in healthy and interesting environment and the parents are happy to see their kids learning things differently.