Talking about the education, the average literacy rate hovers around 90.18%. The number of schools has seen an upward trend with more than 1000 schools running currently. Besides, the city has some best colleges in the country, available for all areas of study.  One can find top-notch colleges like IIT Madras, SRM University for Engineering, and Loyola College for Commerce and IIM Chennai for Management and so on and so forth 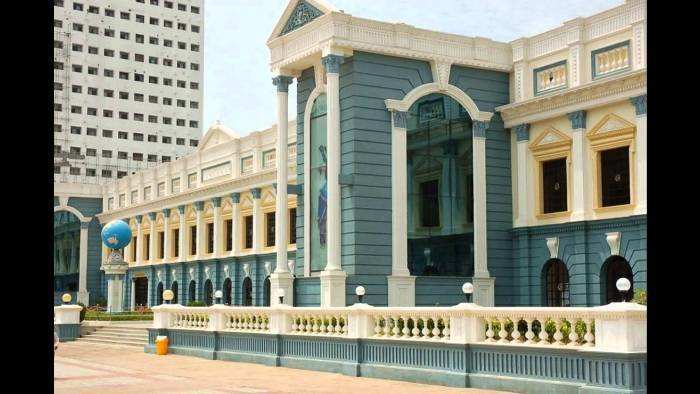 Chennai, a conglomerate of urban villages and diverse neighborhood making up Tamil Nadu’s capital pleasantly surprises all being one among the most visited Indian cities by foreign and domestic tourist. It was ranked 43rd most visited city in the world for 2015. It is the sixth largest populated city in India.

A major gateway to South India, Chennai is said to be the keeper of its artistic, religious and culinary traditions. It is a major industrial, commercial, cultural, economic and educational centre of Southern India.  According to a recent report by CBRE, Chennai is one of the early movers to realize the potential of the technology and manufacturing sector in India. It has attracted talent from various parts of the nation. This coupled with governmental reforms has developed drastically over the years. It had an astonishing growth rate of 19% (CAGR). The results of growth rate are apparent by steady increase in the industries, educational institutions, high-end hospitals, etc.

Talking about education, average literacy rate hovers around 90.18%.  The number of schools has seen an upward trend with more than 1000 schools running currently. Besides, the city has some best colleges in the country, available for all areas of study.  One can find top-notch colleges like IIT Madras, SRM University for Engineering, and Loyola College for Commerce and IIM Chennai for Management and so on and so forth.

The students have attracted a lot of attention regarding the entrance examinations such as CMAT 2018, CAT 2018, TSICET 2018, SRMCAT 2018, etc. This higher level of literacy and the finest English language pronunciation of the people here have attracted many multinational companies. They have now set up their campuses in Chennai. The manufacturing sector has bloomed here consequently. With the emergence of an increased number of automobile industries, it is also known as “Detroit of India”. Numerous automobile industries ranging from Ashok Leyland to Ford Motors have their units established here. The 4-wheeler vehicles in Chennai are the base of 30% of India’s automobile industry. Chennai is also gaining an advantage over neighbouring cities such as Hyderabad and Bangalore owing to the availability of space and manpower. The low operational cost and cheap accommodation is the other reason fetching an interest of foreign industries. In addition, Chennai real estate value is comparatively cheaper because of the availability of large tracts of unutilized land. Another unique feature of Chennai is its governing corporation. The corporation of Chennai is the oldest corporation in India.

Moreover, considering the inroads of multinationals into the city the hospitality industry is also upbeat. In order to attract the business traveller, several up-market hotels have been established at Chennai in the last decade. International hotel chains like JW Marriott, Radisson Blu, etc. are established in the city. This has further enhanced the real estate activities in the city. Cashing on the trend, most of the upcoming projects are catering to the needs of high-class end users. Besides, it also has a long tradition of venerable culture. Unique cultural features like Bharatanatyam (dance), Tanjore painting, and Tamil architecture which were developed centuries ago continue to be practised.

Thus, the 4th largest metropolitan city in our country is a perfect blend of traditional as well as modern values.