To further the students’ engagement with 3D printing Team Sarga has developed lessons/projects for schools to take ahead 3D printing step by step in classes, which would be a perfect way for students to comprehend this tech with ease. All in all, Sarga aims to bring makers movement in India by adopting 3D Printing 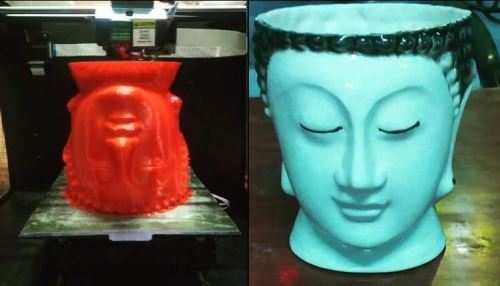 Going ahead with our story of the iStart initiative of government of Rajasthan, in Chapter 2, we bring you the story of Sarga, one of the startups who are being incubated at iStart Udaipur campus.

Sarga was conceived with the notion of providing democracy of creation to students through 3D printing in Education.  Sarga was founded by the Three Musketeers, Parth, Rahul & Ajay all Engineers, whose journey began in October 2018.  Subsequent to working for 3 months straight they were ready to test the prototype in the test market which, for them was Udaipur. When people started responding, they started generating revenue in March 2019.

In March 2019, they were incubated with Istart Rajasthan as a silver category startup. As of now the team has grown to 5 people with strong development in their curriculum. In the meantime, they were able to explore areas with possibility of skill development with the fabrication technology.

“In 2019, with 3D printers in business for long, the potential of this technology has now reached a stage where now it can create anything, from plastic to a complete house and it is even expected to increase human life expectancy by making functional organs.  We couldn’t think of a better name.  As of now we have presence in two cities, viz. Udaipur and Delhi and as far as the market size is concerned there are more than 3 Lakhs schools & colleges across India which can be benefit from this technology. With the help of the 3D printers, a design and do it yourself approach can be established in the institutions” – TEAM SARGA.

Students’ imaginations often gets limited to their own curriculum which clouds their mind and their creativity and thought process is unable to take shape due to lack of resources. Further on, there is a huge gap between what is being taught and what is required. And the reason behind this gap is our stagnancy over the traditional teaching methods; outdated curriculum and theoretical learning. We do have critical thinkers, problem solvers, creators & innovators amidst the students, whose potential remains hidden due to the above constraints. 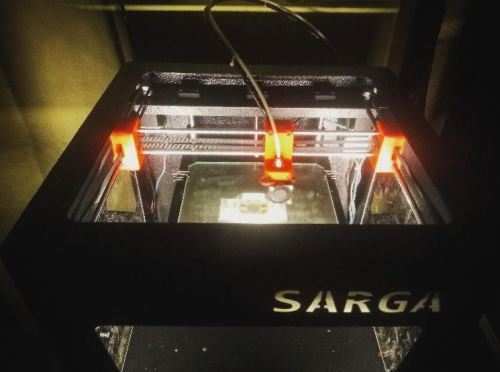 Solving this problem, Sarga has stepped up to promote 3D printing in education to make a shift from virtual learning to interactive learning and from theoretical to practical learning. The team realizes that 3D printing has set to revolutionize the world, so why not familiarize students with this technology at an early age so that they can have a better understanding of it. Moreover, due to its flexibility it has the potential to benefit the education system on a larger scale.

“What made us confident about Sarga was the versatility of 3D printing applications in all the industries. Our sole reason on choosing education sector was to create a ecosystem of 3D printing in India. It’s been more than 40 years since this technology got invented. In Spite of such a long time our people are unaware of such technology. This only shows the ignorance we have towards technological advancements around the world, which pulls us back” – TEAM SARGA.

To further the students’ engagement with 3D printing Team Sarga has developed lessons/projects for schools to take ahead 3D printing step by step in classes, which would be a perfect way for students to comprehend this tech with ease. All in all, Sarga aims to bring makers movement in India by adopting 3D Printing. 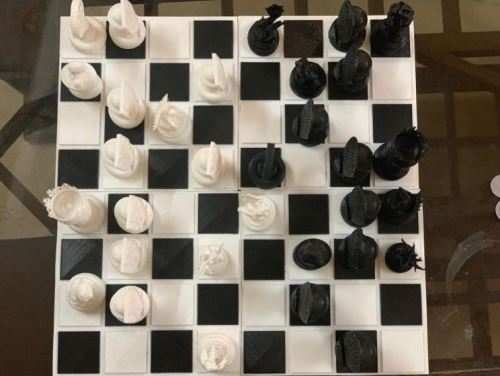 How Does this Work?

DESIGN & DO IT YOURSELF(DDIY) approach

Explaining the DDIY Approach, TEAM SARGA says, “By promoting our product in educational institutions, our  aim is to create critical thinkers and problem solvers of tomorrow by giving them the “Democracy for Creation”.  Apart from this, we also realize that India is a big market and now people are more open to explore entrepreneurship. In order to boost Entrepreneurship in our country, we also train professionals in a unique way so that they can start their own venture. With limitless opportunities out there we are certain that Indian market can accommodate many such entrepreneurs.

FINAL WORD: It can be seen as an opportunity for kids to take a break from routine mundane learning and experience technology in a purely virtual sense: instead they could experience the joy of actually making things.