The prestigious and much awaited Tata Crucible Campus Quiz is back with its intelligent format and stimulating questions to challenge college students across the country. 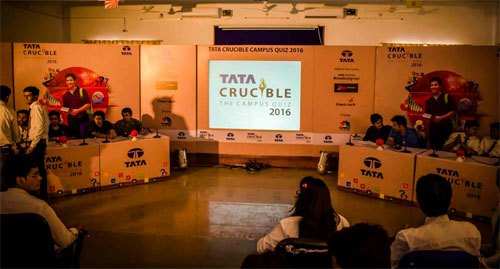 The prestigious and much awaited Tata Crucible Campus Quiz is back with its intelligent format and stimulating questions to challenge college students across the country. The winner was from NLU institute in Jodhpur defeated 180 teams to win the Udaipur regional round of Tata Crucible Campus Quiz 2016 held at IIM Udaipur, MLSU campus. The winners will now battle against the champions from 8 cities at the Zonal level.

The 12th edition of Tata Crucible Campus Quiz is a unique 20-20 game to be played on the basis of a 20 question Prelim followed by a T20 format final. The quiz that has now expanded to 36 cities has numerous exciting rounds in the T20 format. These rounds are designed to test the contestants’ speed of thought and endurance for them to battle out their way to the top of the leader board. 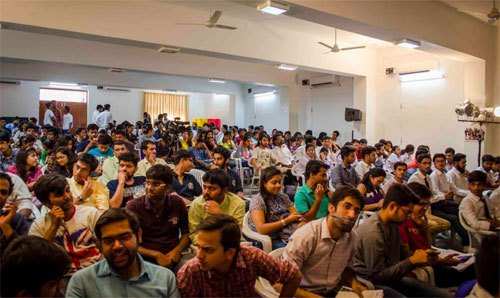 The winners were awarded prize money of Rs. 75,000 followed by Rs. 35,000 for the runners-up respectively. The winners of the national finals will receive a grand prize of Rs. 5, 00,000 /- along with the coveted Tata Crucible Trophy.

The quiz was hosted by ace quizmaster Giri Balasubramaniam, better known as ‘Pickbrain’ who through his questions kept the contestants and the audience constantly engaged.

The students of IIM Udaipur facilitated the quiz in the city. Four teams from the institute secured a place in the second round of the tournament. The runners up, Sanish Samuel and Anand Desai were also from the institute but unfortunately the top prize eluded the institute in this edition.

The city showed a bumper turnout of about 180 teams – one of the highest number in the country where the event is being held for the first time. The Tata crucible organizers have vouched to make this city a part of their itinerary in the subsequent edition as well.