Chapter 3 of the Udaipur Diplomacy Summit will be held at Mount Litera Zee School, Udaipur from 17-19 May 2019. 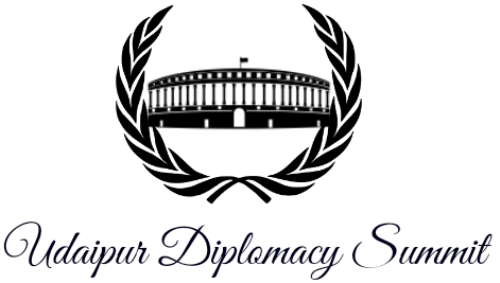 Chapter 3 of the Udaipur Diplomacy Summit will be held at Mount Litera Zee School, Udaipur from 17-19 May 2019.

Udaipur Diplomacy Summit’19 is a parliamentary simulation and a diplomatic debating phenomenon that carve out the real sense of being diplomat and will make participating delegates learn the power of democratic delegacy. Trying to interpose the sense of nationalism, this is the most traditional and Indian way of Parliamentary debates and will ensure to rectify the art of experiencing the debating culture that we have in our country.

This is Chapter 3 of Udaipur Diplomacy Summit. The first edition was held on 24-25 June,2017 at Rockwoods High School,Udaipur. The second chapter was held at Seedling Modern Public School, Udaipur on 15-17 June, 2018. 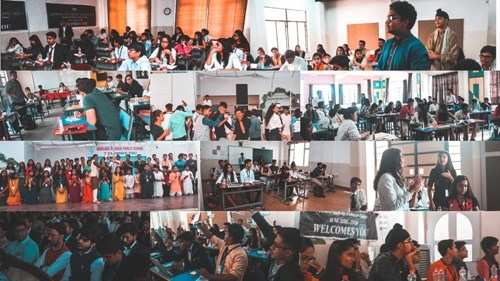 Actual debates take place in the separate rooms where different committees are set up. The delegates choose their committees a month prior and study the set agenda of the committee on their personal level. These committees play an important role because it teaches the delegates the art of diplomacy and the working of the respective committees that is introduced to them. The agendas that are set up for the committees is pre-planned and are generally the issues of global concern.

Students are allotted their respective portfolios, be it a country (in UN based committees) or a Minister (in Indian committees), owing to which they prepare their stance in the committee. On the first day the students get a chance to put forward their bloc positions. On the second day they come together, negotiate and form a resolution, of the same format that the actual committees take. The students experience the voting process, drafting resolution, and discovering new horizons to the problems that affect them. This concept basically aims to build a sense of responsibility towards the current situations that arise in the world as well as make the delegates aware about the issues that they generally don’t come across.

There is also a social session, which happens in the evening of the first day. This is an opportunity for the delegates to get to know each other. It’s considered to be a crucial part of our format which helps the delegates to step out of their comfort zone and hesitation and perform better. As the students are from various schools and cities it becomes vital to provide them a platform where they can interact on a personal level and get to know who they’ll be working with.

This helps the introverts to have a say, and the extroverts to find a better way.

Students are requested to send a delegation of students so that the Summit can create a platform for them as well as others participating to proclaim what is called a “diplomatic phenomenon”.

The event will be held on 17, 18 and 19 May 2019 in Udaipur at Mount Litera Zee School. Conference itinerary and further information will be mailed to participating schools. Committee Details:

The fee includes everything necessary for a delegate’s stay in the conference incl. All meals for the conference, Conference material,logistics and study guides. (For accommodation opting delegates, it also includes their hotel room fee).