The name, fame and the miracle stories of local deity in Pali area, Om Banna is spreading all over. In Udaipur, Om Banna Seva Sansthan celebrated 57th birthday of Om Singh Rathore who died in a road mishap. 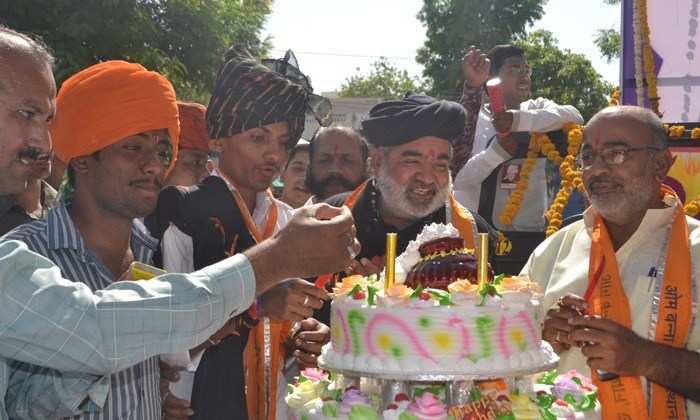 The name, fame and the miracle stories of local deity in Pali area, Om Banna is spreading all over. In Udaipur, Om Banna Seva Sansthan celebrated 57th birthday of Om Singh Rathore who died in a road mishap.

The city witnessed grand celebrations in form of a huge rally that passed through main areas of the city. The rally concluded at Balicha Dham where a temple of Om Banna is located. 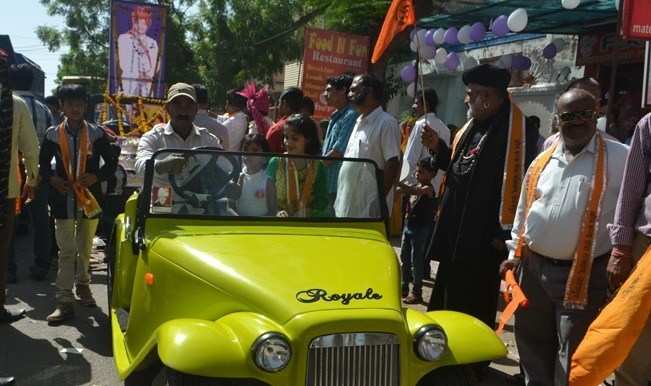 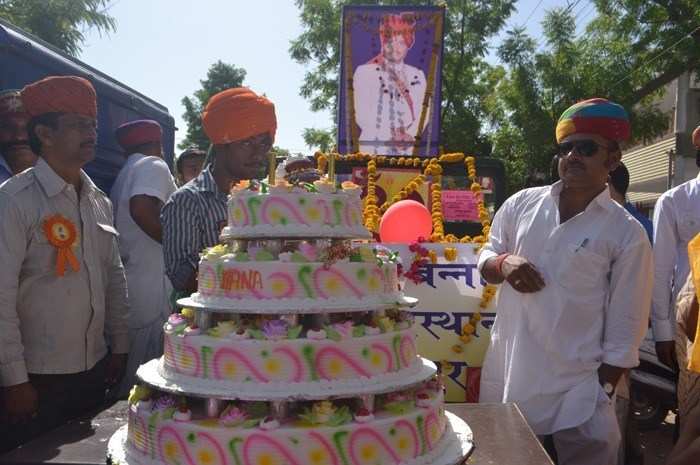 Om Singh Rathore lived in Pali. He always travelled to work on his Bullet motorcycle through an area which some people said was cursed because of a huge number of accidents reported there.

One day, Om met an accident and died on the spot at the same spot. Police took his bike to the police station and handed over the body to his family. The next day, miraculously the bike reached the accident spot. 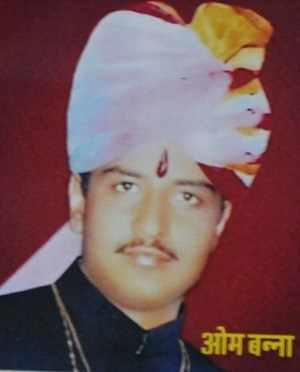 Amazed by the strange incidents, people considered the place and the bike as divine and started worshipping Om Banna. This was just the beginning. Om Banna is now considered the protector of the people passing through that area. It is a ritual among the passersby to stop and pray in front of the bike for a safe journey.

Interestingly, after the death of Om Banna, there have been a very few accidents in that area, and those people, who have met any accidents nearby that location, claim that a guy on a bike helped them to reach hospital, later realizing that it was Om Banna himself.

Some incidents happened with the people in Udaipur who planned to build a temple in the city. A temple was made and the statue of Om Banna was installed in the temple in Balicha on April 18.

The stories related to the statue and the temple in Udaipur has only increased the belief of the people in Om Banna.