IIM Udaipur in collaboration with Secure, held the Udaipur Carnival on 28th October 2018. The theme for this year was was “Clean Udaipur, Green Udaipur”. 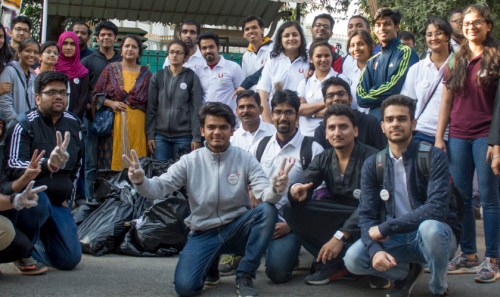 IIM Udaipur in collaboration with Secure, held the Udaipur Carnival on 28th October 2018. The theme for this year was was “Clean Udaipur, Green Udaipur”. The carnival was inaugurated by K. K. Gupta, the Mayor of Dungarpur, Prof. Janat Shah, the director of IIM Udaipur in the presence of enthusiastic citizens and members of the IIMU community. 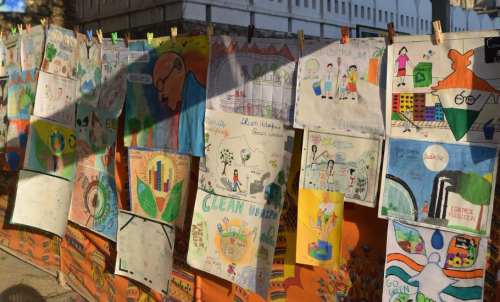 The cleanliness drive commenced from Sukadia circle, with volunteers from IIM Udaipur and the city taking part in it. There were various stalls set up in the one and a half kilometer stretch from Sukadia circle to Fateh Sagar Pal, providing food and water to the volunteers. There were also kiosks set up selling handicrafts and artifacts of traditional Rajasthani culture.

A variety of fun games and talent shows that showcased the creative ability of the children were conducted in the carnival, which registered a footfall of approximately 500 people. The participants belonged to different NGOs and schools from Udaipur.

There were cultural activities conducted by the student-run clubs of IIM Udaipur, such as dance and music which pulled in a huge crowd at Fateh Sagar Pal, and it set it the tone for the final act, the Nukkad Naatak. The street play conducted by Live Puppets, the Dramatics club of IIM Udaipur, sent out a strong message regarding the apathetic mindset of Indians, which often focuses on getting our own homes clean at the expense of the cleanliness of the society.

The performance by Live Puppets wrapped up the event, and it reinforced the message of the cleanliness drive. After the successful conclusion of the carnival, the stage is set for Solaris- 2018, the fourth edition of the annual management fest of IIM Udaipur, which will be conducted on the 3rd and 4th of November.