Notable sequence of protests against Padmavat(i)

Padmavat will not be screened in Rajasthan and Madhya Pradesh. 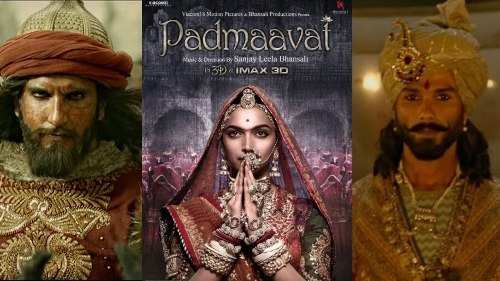 One year has gone by and the protests against Padmavati are still on. A film that has played with historical events and has hurt sentiments of the people of Rajasthan is not to be screened in Rajasthan at all. Rajasthan movie theatres have decided not to screen this movie.

Violence and protests followed since the day release date was finalised. Today, 25th January this film was to be released all over India as per Supreme Court’s orders. Theatre operators declined this order and the state of Rajasthan will not be releasing this movie.

Royal family of Mewar wrote to Prime Minister Modi and Prasoon Joshi of CBFC that this movie should not be released since historical facts were fiddled with. They also mentioned that people of Rajasthan will not go easy with the release.

December 2017– Censor Board screened the movie for taking views of historians as per which 5 changes were made. These changes included change of title from Padmavati to Padmavat. This was the time when release date was fixed for 25th January.

States of Rajasthan, Madhya Pradesh, Gujarat and Haryana declared a ban on the release of this movie.

18th January 2018– Supreme Court issued orders for the release of Padmavat on 25th January and also stayed the ban imposed by these 4 states. Governments of Rajasthan and Madhya Pradesh filed a review petition which was again rejected by Supreme Court. As per the court, all States must release the film and even take steps to maintain law and order at the time of release.

Decision of Supreme Court is now witnessing opposition from Rajasthan and Madhya Pradesh. It is not at all appreciable on part of Sanjay Bhansali to play with the sentiments of masses. Ignoring the historical facts and making a movie without getting deeper into facts, he has invited hatred from masses.

The other side of scene is that this is the first time that Rajasthan movie theatres will not be releasing a new movie. For another fortnight, movie halls will stay as is since upcoming new releases “Ayyari” and “Padman” are scheduled for 9th February. Though the theatre operators are in a big loss, yet they are in alignment with the masses and are not releasing “Padmavat”.