Pathetic roads are a blotch on smart city Udaipur. 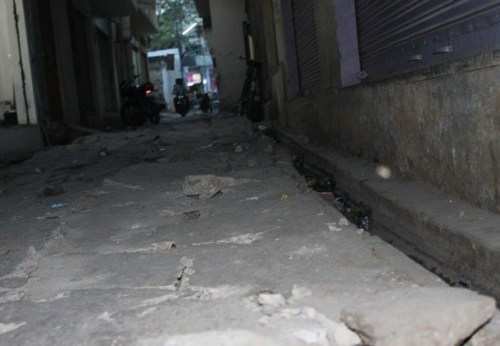 Pathetic roads, paining public, poor administration… these are the conditions of Smart city Udaipur. With all these sufferings public is forced to cry out for help, but no one knows what the future of this city holds.

The condition of roads in Udaipur city has become painfully pathetic. Every now and then roads are being dug for some development work required for smart city. But if this is how smart city is made, then people would be much happier to live without the smart city title.

There is hardly any road left in one piece. Every road in the city is torn apart for cable, pipeline and works of similar nature. Development is good, but leaving the roads in such a condition is causing too much trouble. Not a single road has been repaired properly after being dug in the name of development.

Dust clouds are a common feature in this city as if pollution was not enough to choke us. With repair work done for namesake, these roads are a grand invitation to accidents and then everything is blamed on people for not following traffic rules. What will a helmet do if limbs are broken? A helmet can save your head but not your limbs. People are crying out to administration for having the roads repaired but in vain. The contractors are only interested in making money…road work is minting money for them. They are not bothered about the trouble it causes to public, probably they are not public.

Quality of repair work is such that tar work wears out extremely fast. Heavy vehicles, water flowing out from broken or overflowing drains and sewerage waste is enough to damage the so called repaired roads. Internet providers have been spreading 4G cable lines since long and the roads are still not repaired. Many areas are not even receiving proper internet signals.

People are constantly complaining but it is falling on deaf ears. Roads need to be repaired with priority. If the condition of roads remains the same, smart city tagging is of no use for Udaipur city. Corruption is too deep rooted and it needs to be dealt with. Probably public will move ahead with anti-corruption drives since they are beginning to lose faith in administration.