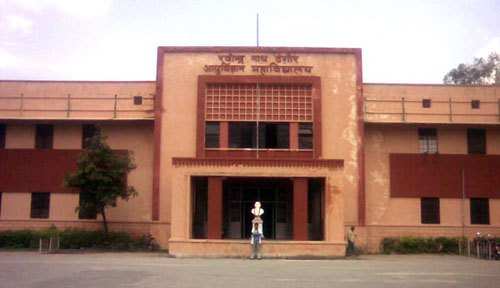 Resident doctors of RNT Medical College hostel have complained against filth and cats and dogs in hostel premises.

As per news, resident doctors are facing health issues like nausea, insomnia, upset stomach, fever and headache. All these health issues have crept because of dirty water in water tanks and filth all around in the hostel. A memo was given to the Principal of RNT Medical College on Wednesday regarding these issues. Also highlighted in the memo were troubles faced by the resident doctors due to presence of cats and dogs in the hostels. The doctors complained that they are not even getting the basic facilities and filth is causing too much of health troubles among the residents.

As per President of Resident Doctors Union, college administration has appointed a number of security guards and contracts have also been given for maintaining cleanliness in the hostel premises. Despite this, security guards are not seen performing their duties. Even hygiene is not being taken care of. He also informed that a number of complaints were made regarding these issues, but college administration is not paying any attention. He said that if these issues are not taken care of, then resident union will carry out their own strategies.

As per Additional Principal of the college, an audit of the hostel has been carried out.  Details of every room have been asked for. Warden, PWD Civil and Electrical engineers and contractors have been issued directives in this matter. All those who do not follow the instructions will be strictly dealt with.