Water Crisis in Udaipur? Lets make every drop count – SAVE WATER SAVE UDAIPUR

weak monsoon and decreasing level of potable water, is resulting in Udaipur staring at a water crisis in the coming months 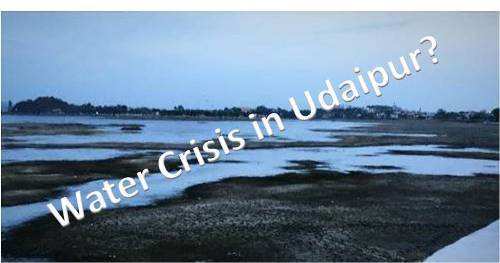 Udaipur the city of lakes is ranked as one of the cleanest cities in India and is replete with natural and artificial lakes, both small and big.  Heavy monsoons and overflowing lakes say much about the climates and condition of lakes; however in 2018 a weak monsoon and decreasing level of potable water, is resulting in Udaipur staring at a water crisis in the coming months.  IF the monsoon turns out to be weak or below average this year as well, we are in for trouble.  We have always taken our lakes and water for granted, but now it should not be so.

Presently, million litres water per day is sourced from four major lakes – Pichhola, Fatehsagar, Jaisamand and Nandeshwar, which are the primary source of potable water.  Today, there are residential areas that are getting rationed water supply – once in 3-4 days.

Due to weak monsoon last year, the major lakes were nowhere near the over flow point, while water consumption has not decreased.  The requirements are increasing by the day with growing population as well as industrial demand.  This is not the first time that Udaipur has been through adverse monsoon, and at times the major lakes have been 100% dry with not a drop of water in them. Industrial growth on the rise, smart city project taking place across the city and ever increasing population has increased demand for both water and electricity.  The dry spell in the earlier years was manageable as population was lower and so was industrial consumption. 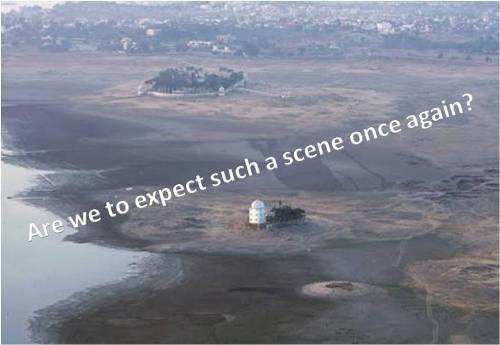 Water wastage and pollution of the major reservoirs of water are sure to add to the problem of availability of potable water IF Udaipur sees another dry spell this year.  At this point in time, though nothing much can be done about the necessary demand for water, residents and industrial users can ensure that water availability is not taken for granted and water consumption is done in a careful manner.  Care can be taken to ensure that water is not wasted, over consumed, and just thrown away.

These are a few tips that can be adhered to, for ensuring that individual homes conserve water.

Tips to save water 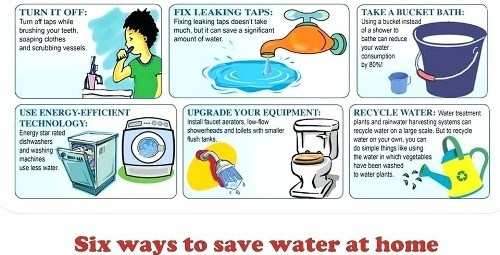 Another major concern is the deforestation that has taken place in the Aravali mountains that give Udaipur its natural ambiance.  Thick vegetation on mountains are a major source of water retention, and cause the retained water to be seeping down into the reservoir water bodies across the year.  Absence of vegetation prevents water retention and all rain water flows into the lakes, or is wasted on ground forming vapour.  Hence immense deforestation has added to the water availability woes of Udaipur and beauty of the city has suffered greatly. 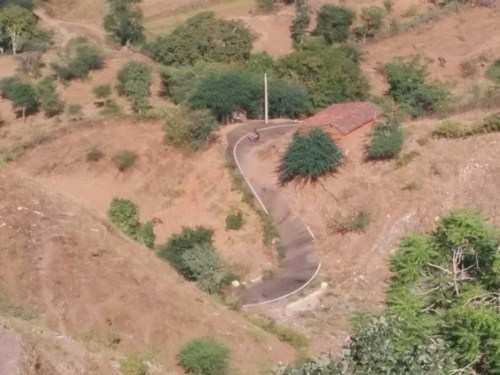 Lack of water affects agriculture as well and the upcountry villages go dry, both in terms of water availability as well as agriculture.  This leads to antisocial activities such as roadside robbery, mugging, home burglary, chain snatching, etc.  Wild animals come out towards the city in search for water when their natural surroundings go dry, and so do the villagers, when they do not get sufficient water for their crop.

Another routine passing by look at the water bodies, one can easily see garbage in and around the lakes, sewage lines work causing damage to the water lines and millions of tonnes of water being wasted. Environmentalists have already warned of water scarcity in Udaipur and we should be wary of such an eventuality. Day 0 may be around, for all we know… 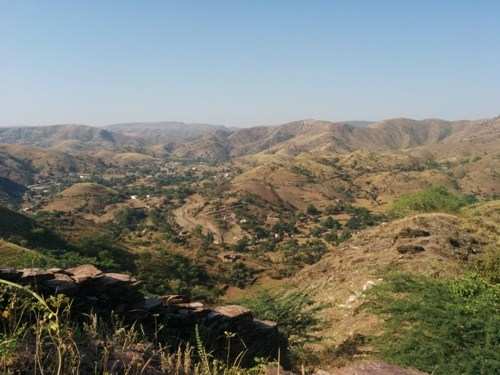