Udaipur Anti Corruption Bureau (ACB) team conducted surprise inspection of a road construction going on at Sector-13 near Manbai Murdia Hospital after receiving a complaint of the low quality construction material been used in the work. 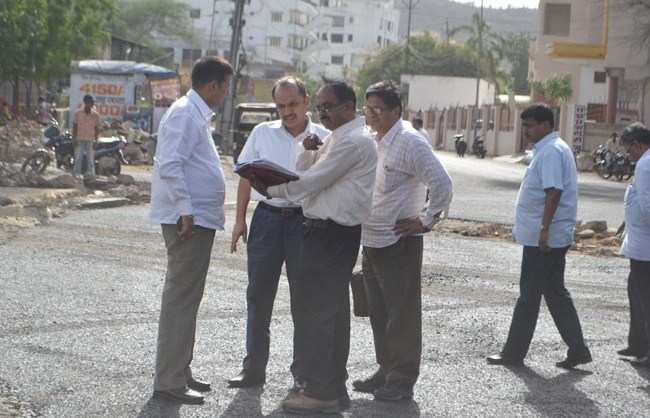 Udaipur Anti Corruption Bureau (ACB) team conducted surprise inspection of a road construction going on at Sector-13 near Manbai Murdia Hospital after receiving a complaint of the low quality construction material been used in the work.

The team has taken the samples of material and also found that the tar used in the work is heated in the low temperature than the standard rule.

ACB team accompanied with PWD officials and officials from Quality Control Department also questioned the contractor and other workers on site.

Construction was undertaken by Mohammad Rafeeq and supervised by Laxmi Lal Verma, the samples were taken from two vehicles of the tar, the report will come after 7 days but the construction work will continue, said Rajendra Prasad Goyal, ADSP, ACB. 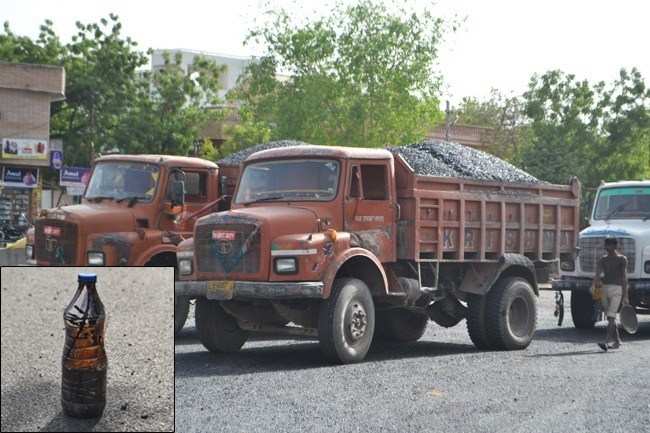 ACB got the information that the road construction work is going on at Sector 13, Hiran Magri opposite to Mayor Rajni Dangi’s house where sub standard construction material is being used; the samples will be sent to three departments PWD, FSL and Quality control department, 5 samples were taken, informed Rajendra Prasad Goyal.

Vinod Kumar Sharma, AEN, PWD and Jay Prakash Pandya, Scientist were also present on the scene, they informed that in the initial inspection it was found that the temperature of the material is found 80, 90 or 110 degree where as it should be 120 degree or more.

Technically if the compaction of the layers of the road will not be proper than it will lose the grip between the material and water starts penetrating at the time of rain and it can damage the road.

Pandya also informed that they have also taken the samples of the Mix Seal Surfacing (MSS) and it will be sent to Lab for verification.

Further action will be taken on the basis of the report that comes after seven days and there are chances of involvement of higher officials of related departments.