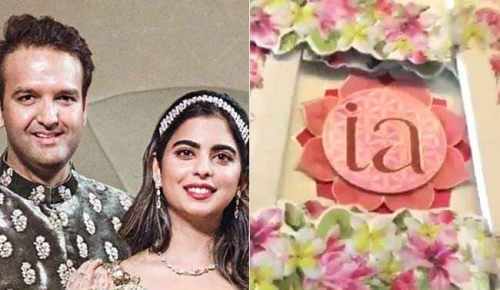 As per the latest update on wedding in Ambani family, the ceremonies are to take place in Lake Pichola. The event company from Mumbai taking care of all the arrangements for the wedding has requested permission for floating platform, personal boats and also fireworks in the lake and the various venues that they have finalised for the wedding.

Since the requests made for the wedding are concerned with the lake, District level meeting of Lake Development Authority was held on Tuesday. Headed by Commissioner of Municipal Corporation, it was decided that court’s instructions must be regarding lake conservation must be kept in mind before providing any kind of permission. A member of the Lake Committee also said that fireworks can have negative effect on birds near the lake area and this issue must be dealt with carefully before allowing fireworks.

A document with relevant instructions and conditions must be finalised and sent to the State government for approval. Once the state government grants approval, only then the event company will be allowed to carry out the necessary arrangements.

It may be noted that demands of Event Company regarding fireworks on the floating platform may be declined following court’s rules. Fireworks outside the lake can be done only after the Supreme Court’s approval.  The sound system will also have to follow instructions of court.

A demand for 10 personal boats has come up from the event company. This cannot be allowed and the company will have to manage with the boats running on contract. However, a rescue boat can be provided. Even the food counters have to be almost 20 feet away from the lake.

The company also demanded that the size of jetty alongside Pichola be increased but this is also likely to be declined. If any of the rules are broken, then first the hotel then the company will be answerable to administration.