Cheating in the name of employment-Culprits absconding

Don't get misled by tempting advertisements. All that glitters is not gold. 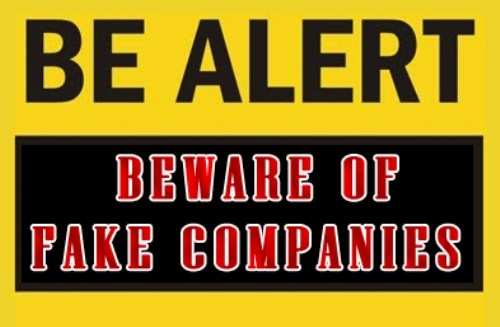 A number of people have been cheated in the name of employment and the culprits are absconding. As per information received, an institute assured some people that they would be provided with jobs as teachers in an educational institute affiliated with World Bank.

Around 800 plus people paid 5000 rupees each as payment towards processing fees for the job. All these so called representatives are now absconding. Reports were filed against Sai Man Power (an NGO) for cheating people. The people accused in the report are General Manager Arif Pathan and Wasim Pathan of Udaipur, Sitaram and his wife Sukhwinder Kaur from Vaishali Nagar Jaipur and 15 others for running away with the applicants’ money. Goverdhan Vilas police is investigating the case.

The above mentioned company had placed an advertisement in newspaper as per which 24000 posts for teachers were available for various fields like computer education, physical training, music etc. The unemployed people were tempted since the names of high profile institutes like World Bank and Rajasthan State World bank were mentioned in the advertisement. Considering this to be a government requirement, a lot of people got in touch with the representatives, who had opened a zonal office in Sector 14, and administrative office in Apsara Hotel. They even took interviews of the applicants, took 5000 rupees from each, asked for all relevant documents as needed for any job and gave them fake appointment letters and authority letters.

While giving appointment letters, the representatives assured the applicants that they would get a starting salary of 12,500 rupees and a motivator kit would also be made available. The kit would consist of 2 uniforms with company logo, identity card, software, feedback, Samsung galaxy tablet, medical check-up and first-aid kit.

When the applicants submitted the processing amount of 5 thousand rupees, they were merely given a receipt and job letter. When they were not provided with the kits as mentioned, they tried to find out from the representatives who kept on giving grave responses and later closed the offices and ran away.