Brother and sister buy a scooter with coins of 62000 rupees. 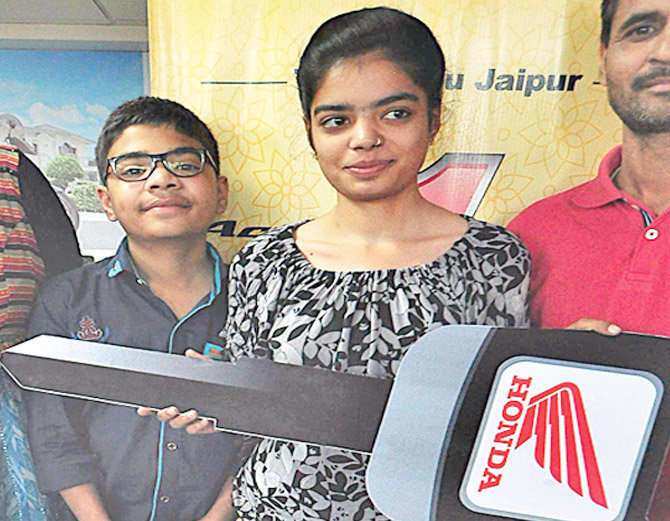 A brother’s love for his sister knows no bounds. A 13 year old brother proved his love for his elder sister on the day of Bhai-duj.

The showroom staff was taken aback and initially they refused to entertain them. When Yash explained the whole story to the manager, the manager was so moved that he could not refuse. He gave the desired two-wheeler to the brother-sister duo.

Yash’s father runs a flour mill. Yash is a student of 8th standard. He and his sister were saving their pocket money which always came to them in coins. Even when the pocket money was given in the form of currency notes, they had it exchanged in coins to save spending. Over the years, their collection of coins added to 62 thousand rupees. Hence they went to the showroom to buy a two-wheeler. They wanted to surprise their parents, so they asked their maternal uncle to accompany them to the showroom. 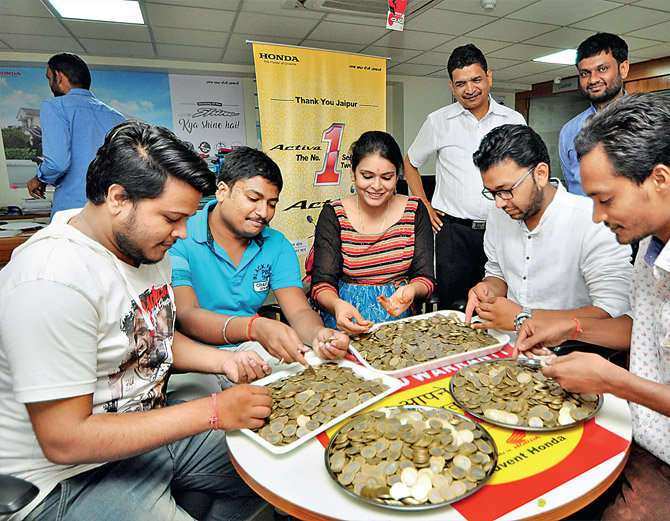 It took around two and half hours for the staff to count the coins. General Manager, Honda Advent, said that this was a unique case where someone came to their showroom with full amount in coins. Prior to this, a person had come with coins of 29 thousand rupees. The GM said that this matter was so emotional that he asked the staff to count the coins and kept the showroom open for extra hours.

Yash and his sister Rupal are thrillled to spend their savings for a good cause.