Disappearance of the army man becomes a mystery

Army man's disappearance has become a mystery for all. 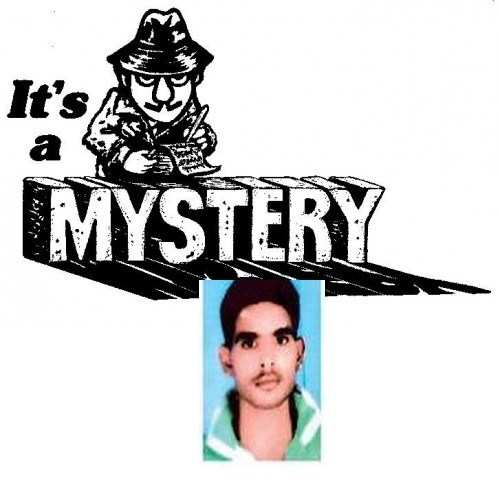 Disappearance of an army man has become a mystery for both army and police. Vikram Singh Shekhawat of Eklingarh Cantonment disappeared from Sector 14 when he went to buy vegetables.

It has been a week now and there is no trace of this soldier. Police have searched every nook and corner and even the nearby forest area but have not been able to find him. His disappearance has certainly become a mystery for all.

Family members and relatives are on the lookout for Vikram Singh along with army. He was wearing his uniform when he left the cantonment for Sector 14. He visited a hospital in Sector 14 for first aid. Probably he was hit on the head by someone or he fell and hurt himself, as reported by the hospital nurse. The nurse informed that Vikram had to be given stitches on head and he was also drunk.

Police says that Vikram had consumed alcohol before leaving cantonment and he even spoke to his brother over phone at 8 p.m. His mobile got switched off by 8:30 p.m. while his location was still Sector 14. He withdrew some money from the ATM at 100 feet road around 9:40 p.m.  At 11:10 p.m. he was seen outside Mewar Restaurant where he was about to take away a bike by mistake which belonged to someone else. Bike owner Sonu and others in that area had an argument with Vikram.

Sigma Police constable reached the spot and pacified everyone. He was trying to contact cantonment to inform them about the incident when suddenly Vikram left the site. He was last seen at 11:40 p.m. at 100 feet road after which he disappeared.

It is being speculated that something happened at 100 feet road after which he was not seen by anyone. He has been spotted in CCTV footage of a hardware shop but not seen just 100 metres away from there.

Statements of Sonu, with whom Vikram had an argument regarding bike, have been taken. But no clue has been derived even from this statement. As per Sonu, Vikram left the place after police arrived.

There are chances that Vikram is hiding somewhere out of fear of matter being reported in cantonment. Since the disappearing act, he has not withdrawn money nor has the mobile been switched on. There is a possibility that he had a fight with someone since he was drunk and fear has made him hide himself.