Shops near police control room get robbed-What next?? 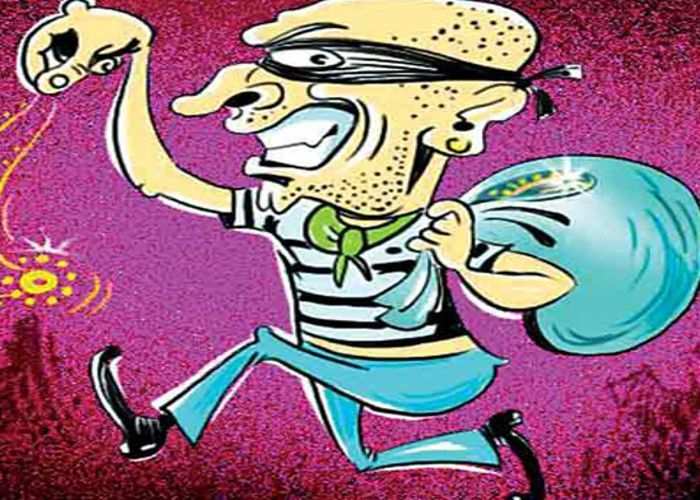 Wonder what is going to be the next step when the thieves are so daring that they rob shops near police control room!! 2 shops in Bapu Bazar became the target of thieves on Sunday night and the police control room is hardly 100 meters away.

Chawla Stores and a photo studio were the targets of thieves on Sunday night. Owner of Chawla Stores Rajesh Chawla filed a complaint of theft in police station. As per the complaint, he had closed down the shop earlier since it was Sunday. When he returned to the shop on Monday morning, he found that the shop was burgled. Things were lying scattered in the shop and 90 thousand rupees were taken away along with other stuff. When he went up the terrace of the shop, he saw that the thieves had broken the terrace door to enter the shop.

While he was trying to assess the loss, his neighbouring shop owner informed him that his shop was also robbed. Studio 27, a photo studio, was also robbed the same way as Chawla Stores. The thieves entered the shop via terrace. As per the assumptions of both the shop owners, the thieves probably made way onto their terraces through the juice shop nearby from where they crossed a paan shop and then used the terrace doors of both these robbed shops.

The surprising and irritating point is that police patrol is on watch during night hours, yet the thieves could manage to enter these shops and rob them. Police was not even aware that something of the sort was happening in that area.