We are travelling too much in dark, says RBI chief Raghuram Rajan

Urging the researchers to take up researches on immediate and relevant issues, Reserve Bank of India Governor Raghuram Rajan said, "The policy arena is full of questions that need answering even while the old ones remain unanswered. Modern India policy makers need answers. We are travelling too much in the dark. Can u shed light?". 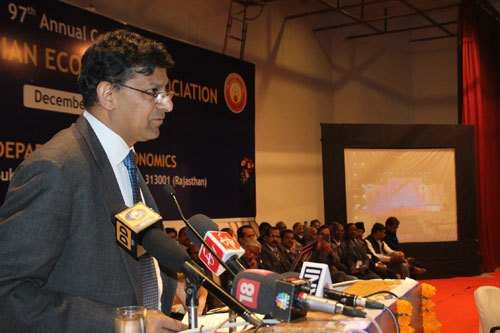 Urging the researchers to take up researches on immediate and relevant issues, Reserve Bank of India Governor Raghuram Rajan said, “The policy arena is full of questions that need answering even while the old ones remain unanswered. Modern India policy makers need answers. We are travelling too much in the dark. Can u shed light?”.

The RBI chief was on Saturday, addressing a mass gathering at the inauguration of the 97th annual conference of the Indian Economic Association (IEA), hosted by the economics department of the Mohanlal Sukhadia University here.

“In a democracy policy develops through arguments which are useful if they are informed by evidences. Too much of what passes for economic debate in India consists of fights between theories. We need to have evidence that allow us to falsify the theories”, the internationally acclaimed financial expert said. 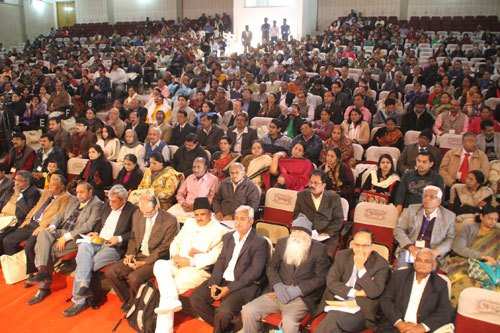 “Policymakers pay attention to economic research when in crisis and looking for a reform program”, Raghuram said. Suggesting variety of topics for research like debts restructuring, micro financing, farmer suicides, financial literacy, Raghuram said, “Productive arguments can help build better consensus on policies for the economic growth of the land”.

Over 2000 delegates from across the country are participating in the three day conference which is based on themes of Corruption and black economy, Sustainable routes out of poverty, Emerging trends in trade and capital flows and Challenges for transforming the in formal economy, informed Dr Deepti Taneja, the executive committee member of IEA.

In his presidential address, Padma Vibhushan Dr. Y.V. Reddy, Chairman of the 14th Finance Commission narrated the evolution, achievements and limitations of the two major commissions on economic affairs in India i.e Planning and Finance. Speaking on the issue of winding up of the Planning Commission, as also announced by the Prime Minister lately, Reddy said, “Planning commission did not adapt itself to the changing economic requirements. While planned development strategy was needed to meet the challenges of low levels of saving and investments, poor infrastructure, pessimism in regard to the capacity of the country to export to pay for its imports required in the country, the practice of employing the consistency framework continued even after market based reforms were introduced in 1991”.

In his address, Reddy said, “The Planning Commission has ended, Finance Commission will move on. The challenge is to craft the beginnings of a tale of a new institutional set up. We economists have a role, not a predominant one, but certainly an important one, in crafting a new set up to replace and improve upon Planning Commission”.

Reddy also pointed out at the success of the Chinese model where the concept of ‘plan’ had been replaced by ‘guideline’ in the country’s 11th Five Year programme. “ The change led to China’s transition from a Soviet-style planned economy to a socialist market economy and gained greater responsibility and power in overseeing China’s economic development” Reddy asserted.