Durga Shanker braved bombing in Pakistan in the 1971 war to make sure he delivers arms and ammunition to his fellow soldiers. Read more about this brave soldier from Udaipur... 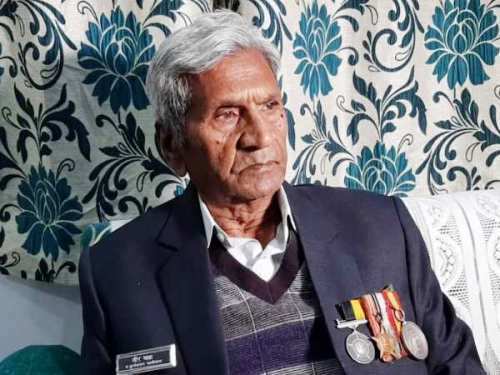 83 year old Sapper Durga Shanker Paliwal, a resident of Sunderwas, Udaipur has the distinction of being awarded the Vir Chakra for exemplary bravery displayed during Operation Cactus Lily in the 1971 war against Pakistan.

The Indian Army, in the 1971 war, had captured a territory upto 30km within the Pakistan border. This attack resulted in a short fall of arms and ammunition. Durga Shanker, a railway pilot was given the responsibility of taking the train inside the enemy territory to deliver the refurbishments.

Durga Shanker on 11 December 1971, took it upon himself to drive the supply train 27km inside Pakistan territory with arms and ammunition near the border adjoining Rajasthan. On 12 December, when the train was in Pakistan occupied territory, SIX Pakistani jets attacked his train using rockets and incendiary bombs. Durga Shanker was injured seriously when one of the bombs dropped just meters away from him. Durga Shanker, inspite of being injured, drove the train backwards to avoid further damage, more to the equipment he was carrying rather than to himself. While the train was running backward, it derailed on a broken track. Durga Shanker was escorted by his Army but he declined medical aid and walked two kilometers to report the derailment to his superiors. 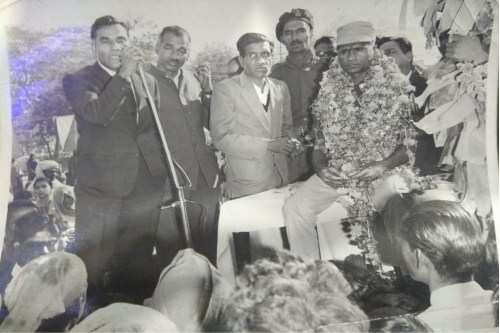 How the Events evolved

On being given his instructions, Dugra Shanker was asked to enter the Pakistani territory with his 25 bogey train.

11 December: Durga Shanker loads the train from Munabav railway station near Barmer. He enter Khokhrapar in Pakistan with the train. Reaches Parche ki Beri railway station. The rail track was broken near Parche ki Beri. The 10km broken track was reconstructed by the Indian Army over night. Durga Shanker could see a Pakistani aircraft in the distance and understood that it was monitoring every movement in the area. The aircraft sensed the danger and flew back into Pakistan.

12 December: Six Pakistani Miraj aircraft descended on the caravan at 6am. Bombs were hurled at the train, but it escaped damage. Durga Shanker saw that he was surrounded by aircraft. He increased the speed of the train and hurled it towards Sindh Hyderabad. The artillery of the Pakistani aircraft was soon over and the aircraft too moved towards Hyderabad in Sindh region. Noticing this, Durga Shanker moved the train in reverse for 25km, to increase the distance between the train and the aircraft once they returned after reloading. After a 25km reverse run, the train reached back to Parche ki Beri and the entire arms and ammunition was unloaded in under 15 minutes and the anti-aircraft misslie was reloaded. 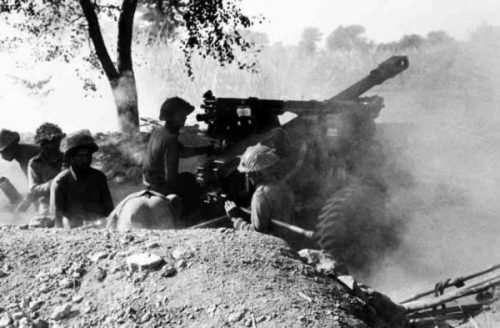 Durga Shanker now took the train back to Indian territory, but by then the Pakistani aircraft had returned and began bombing the train once again. A 1000 pound bomb was dropped 5km before Khokhrapar and the sparks from the blast cause serious injuries to Durga Shanker. his hands and face were scarred substantially. This did not deter Durga Shanker and he continued to ply the train using his elbows. When the train reached a damaged part of the track, he descended from the train with a gun in his injured hands and ran for 2 km. There he was able to signal a Indian helicopter, which landed and Durga Shanker was able to communicate the damage to his superiors.

Award Durga Shankers exemplary bravery earned him the Vir Chakra, which was presented to him by the President of India, VV Giri on 30 October 1972. 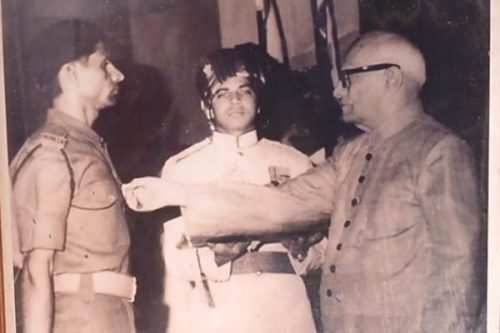 Durga Shanker says that he is capable of going to the borders again and if asked, will lay down his life for the country.  Service details of Durga Shanker Paliwal…

A SALUTE TO THE BRAVE SOLDIER… we must not forget the magnanimous efforts that the support staff  in the Defence forces make, in helping our soldiers defend the country. 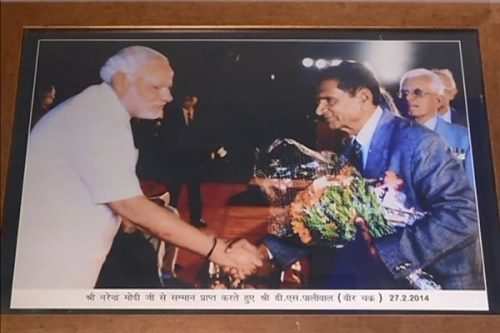