The successful culmination of Udaipur's biggest and maiden business conclave supplied a sought after impetus to the Udaipur business community and gave a single platform for a variety of businesses, from diverse areas and of sizes ranging from small firms operating more at a local level, to large sized businesses competing at national and international levels 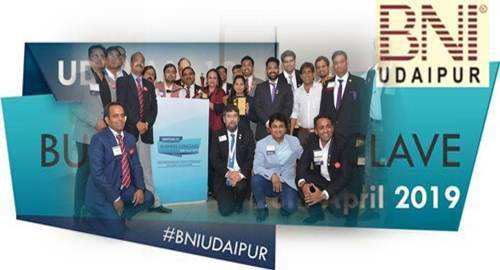 “Success is not defined by the long hours put in towards work, but more by the quality of hours spent in a day, on self, family and work. This thought was shared by Yash Vasant, at the recently concluded UDHYAM19 in Udaipur. 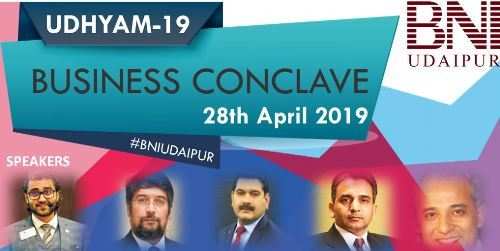 The successful culmination of Udaipur’s biggest and maiden business conclave supplied a sought after impetus to the Udaipur business community and gave a single platform for a variety of businesses, from diverse areas and of sizes ranging from small firms operating more at a local level, to large sized businesses competing at national and international levels.

UDHYAM19 was a brain child of BNI Udaipur, a consortium of over 110 members from diverse business backgrounds – encompassing manufacturers, traders and services. The event was held at the Udaipur Chamber of Commerce and Industry (UCCI) on 28 April and was a full day event from 8AM till 6PM, followed by a cultural event for participants and visitors.

The event began with registrations at around 7:30AM, followed by the regular lighting of the lamp that was done by the present Executive Directors of BNI Chapters from various cities who participated in the event. 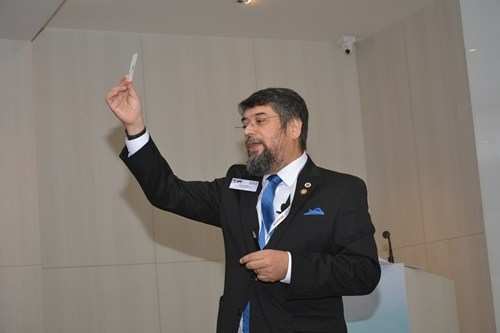 A unique aspect of the event was that it was hosted by none other than Adi Pocha, founder of Squirkle Productions Pvt Ltd, a media production house for corporate films and advertising. Adi, a former Creative Director at Lintas, is also a writer-film maker with an experience spanning more than 3 decades in the Advertising, Communications and Entertainment industry. Adi Pocha is also the Executive Director at BNI Mumbai (West). His career stands credited with the Kamasutra Advt with Pooja Bedi, the super hit game show Sanap Seedi, India’s first daily soap “Shanti” with Mandira Bedi.

Adi ensured that the auditorium hosting UDHYAM19 was charged with energy and took the flow of the events under his charge all through the day. 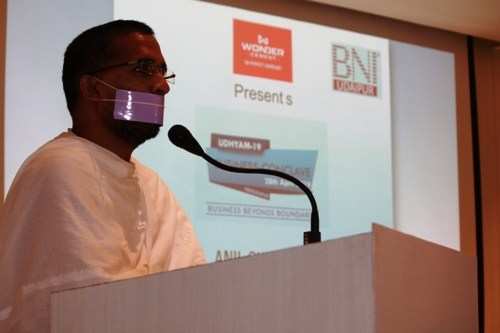 Inaugural session was taken by Muni Subodh Kumar, a Terapanth DharmSangh member, who, rather than going in for religious sermons, spoke about ethics in business. He said that a good business has character and resilience. The motive of good business should, apart from profits, include an honest approach to business, which goes a long way in recognition.

His talk was followed by an elaborate session by Anil Singhvi, Managing Director, Zee Business, who took the audience through the changing business ecosystem in India and globally and explained the fundamentals of choosing a business, nurturing it and growing it. 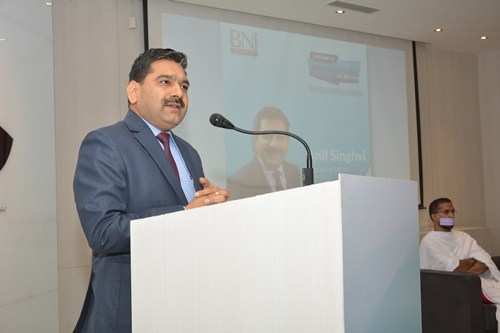 His real life examples followed by analysis elaborated his personal views based on experience. He explicitly announced that business today must be done in mind by taking into account the youth and their requirements. Focus on the customer – a vanilla business sustainability and growth mantra was elaborated with live examples keeping mind today’s technology focus and ease of use to customers platform.

This session was followed by the inauguration of the business exhibition which showcased business and services from Udaipur as well as of those owned by members of BNI Chapters in other cities, including Mumbai, Jaipur and Indore. 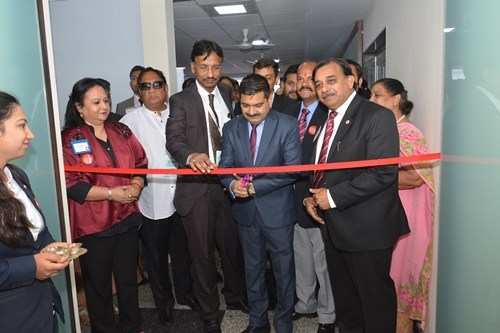 Over 65 stalls offering a range of products and services, both from within Udaipur and outside. facilitate an interesting platform for showcasing multiple businesses under one roof. Further, emphasis on one to one meetings during the conclave exhibition permitted business owners to focus on the potential customers who were waking in, giving them full information on their products and or service so that a communication conducive to future business can be established. 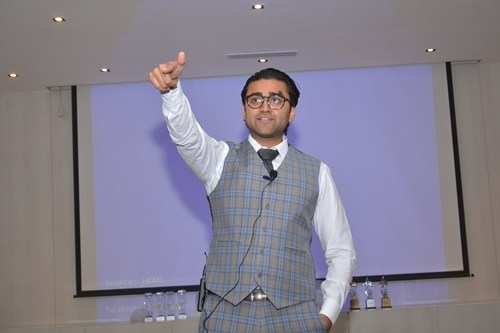 The visit to all the stalls in the exhibition was followed by the second part of the Mater Class at the UCCI auditorium.  This sessions was a class apart when Executive Director of Ahmedabad and Baroda, Yash Vasant began his extempore with the audience.  Side stepping a formal presentation from the podium Yash decided to interact with the audience, while at the same time delivering gems from his vast reservoir of multi disciplined and multi dimensional experience and exposure.  Yash, in his spell binding 95 minutes of interaction with the audience spoke at length about passion, practical approaches, the value instilled by BNI in a region that the concept has been established and looking at value in Indian businesses ideas. 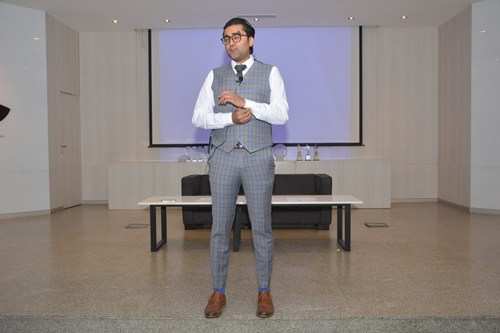 Yash took the audience through attributes of a good business, a successful businessman and a successful person – giving well supported counter arguments against legacy myths such a working late leading to success, focusing on core business ensuring growth, etc. 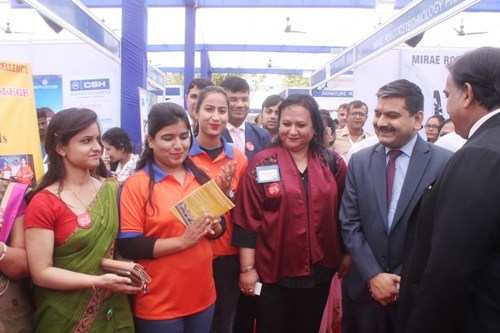 Post lunch session was initiated in the typical Adi Pocha style and two more speakers took the podium, which included Munish Nandwani and Arif Sheikh.  Where Munish focused on Leadership concepts as exemplified by the Bahgwat Gita, Arif spoke on improving productivity. 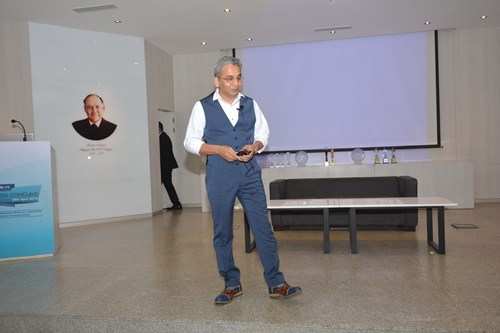 Earlier in the initial part of the program, Regional Director Anil Chhajerh spoke at lengh about BNI, its working and philosophy. He explained to the audience consisting of BNI members, local businessmen and other visitors at the session, that the current business ecosystem needs a platform like BNI for its growth. 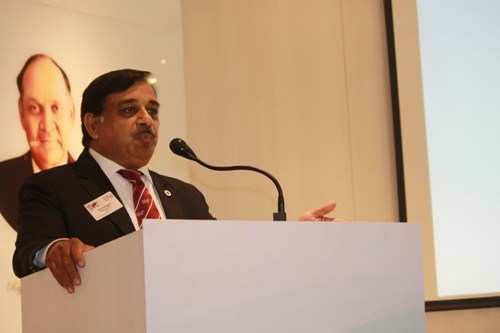 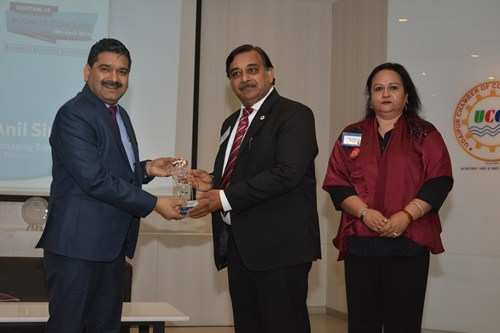 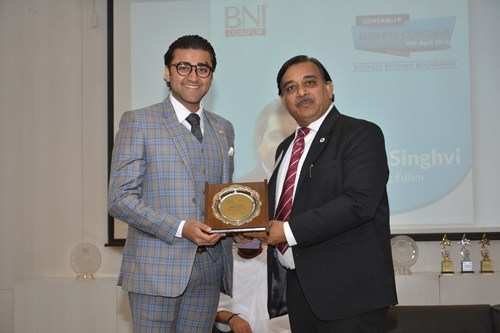 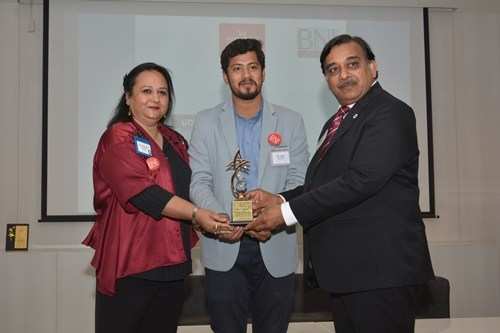 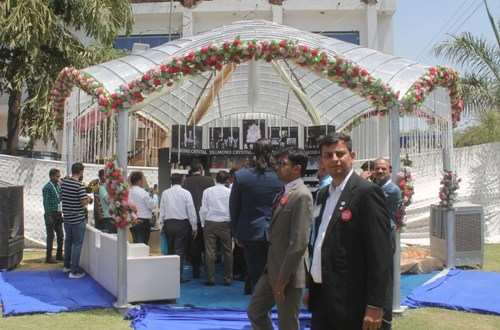 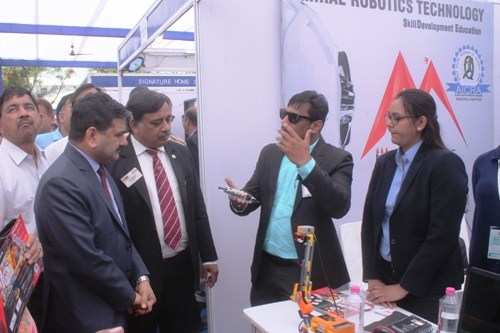 The program ended with Chairperson Dr Seema Singh of Aishwarya College, Udaipur and Regional Director Anil Chhajerh presenting mementos appreciating participation and support to the event.  Regional Director of the Jaipur area, Akshay Goyal was also present on stage to welcome as well as honor the participants.