Adbhutt comes back with latest video released on YouTube

Once they made headlines in the local dailies of Udaipur and Ahmadabad as young students who launched their first music album Essence, the Udaipur based Adbhutt Band again came back together after a long break of 5 years with more energies and enhancement. 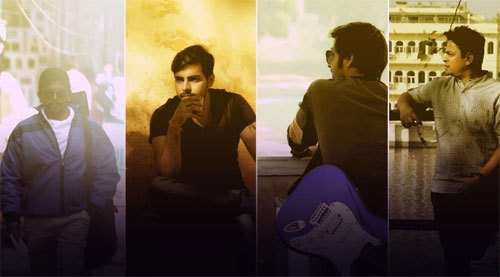 Once they made headlines in the local dailies of Udaipur and Ahmedabad as young students who launched their first music album Essence, the Udaipur based Adbhutt Band again came back together after a long break of 5 years with more energies and enhancement.

This time, Adbhutt in association with RJ27 a production company of Udaipur launched their latest music video Pi ki Nazariya on Adbhutt Official their YouTube channel.

Founded in 2010 by college students Sashwat Tripathi and Vaibhav Jain, Adbhutt had seven members but now left with five which include Shashwat an automobile engineer as Lead Guitarist, Vaibhav working as a Reliability Engineer is Keyboard and Arranger of Adhbutt, Ketan Kumawat is currently studying Film Making in New Zealand is a lead singer of group, Arvind Singh an electronics engineer is Rhythm Guitarist and Ishan Suthar a sound engineer is a Base Guitarist.

While talking about their comeback after 5 long years, Vaibhav Jain told UT, “We almost left the musical world almost 5 years back as we had to study further and fulfill the professional commitments but stayed in contact and used to sit for jamming together occasionally.”

He said, “Inspired by the movie ‘Rock On’ we thought to come back”. 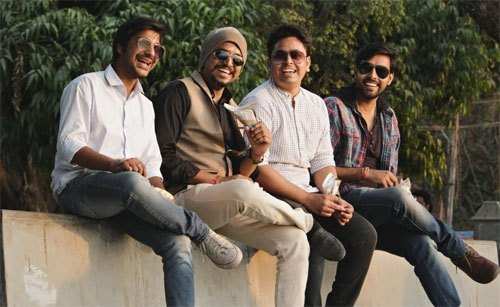 “It wasn’t easy to spare time from professional life but we also had a craving to come up with something better than Essence [Our first audio album] so chose YouTube platform this time to reach the audience. It is an era of covers and remix of original tracks but Original compositions have always been Adbhutt’s strong point so we decided to do originals only” Vaibhav added. 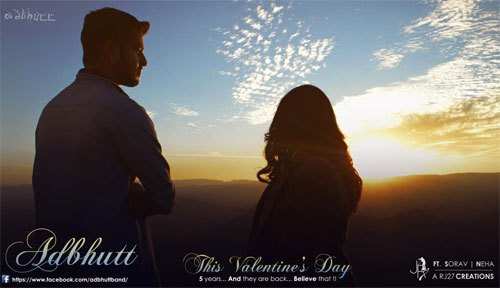 The team Adbhutt got Rahul Jain of RJ27 for the video, Rahul is an amateur and young talent in the field of photography & videography and the key person behind the video.

The lead cast includes Sorav Jain a Freelance script writer & Nimisha Bhati an internationally trained dancer. The recording of the video completed in 4 days and it took 4 days for shoot with locally available resources like normal DSLR camera & home studio.

When asked  What are other things in pipeline, Vaibhav said, “We have our second project in hand and we are expecting that to get on floor in coming months. Further we are planning to produce few more music videos in association with RJ27. Meanwhile we will also be coming with few fusion covers of popular tracks.”