"अरे यार तू तो बिलकुल नही बदला...तेरी शरारते तो अभी वैसी ही है...अरे यार तू तो गंजा हो गया..." resounded across the hall, where the ex-students along with current students and faculty members of CTAE got together for the 16th Alumni meet of the College of Technology and Agriculture Engineering..read more... 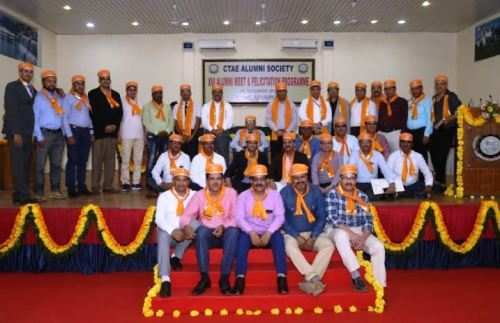 Greying hair and the wrinkles of experience written on their faces, ex-students of CTAE did take some time to recognise each other, but when they did – their days in college flashed brilliantly in their conversation and the golden days were remembered with moist eyes. 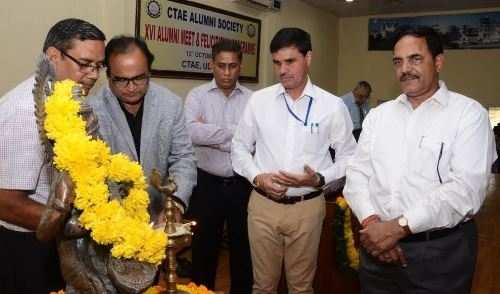 “अरे यार तू तो बिलकुल नही बदला…तेरी शरारते तो अभी वैसी ही है…अरे यार तू तो गंजा हो गया…” resounded across the hall, where the ex-students along with current students and faculty members of CTAE got together for the 16th Alumni meet of the College of Technology and Agriculture Engineering, MPUAT, Udaipur.  The event included a felicitation program as well and was organised by the Alumni Society. 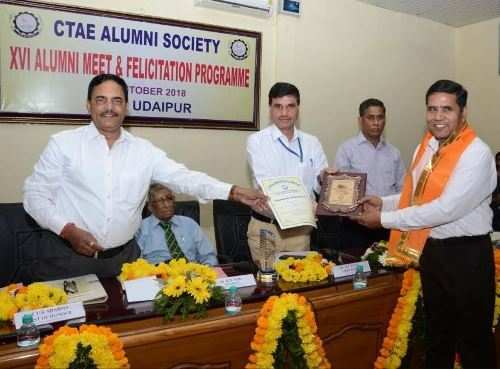 President of the Alumni Society, Arun Surana and Dean CTAE, Dr. Ajay Kumar Sharma welcomed the guests at the event.

“Considering the current developments, Engineers will have a crucial role to play in rural development today and in the future.  Engineers have always played and extensive role in problem solving in the past as well.”  These were the words of Dr KN Nag, ex-Vice Chancellor of Rajasthan Agriculture University, Bikaner, in his key address at the CTAE today.

Download the UT App to stay updated on news, events and happenings in Udaipur

Dr KN Nag was addressing students and other members of the audience at the 16th Alumni meet at CTAE today, where he was the guest of honor.  Dr KN Nag has also been the founding Dean of CTAE and is the Patron-in-Chief of the Alumni Society at CTAE. 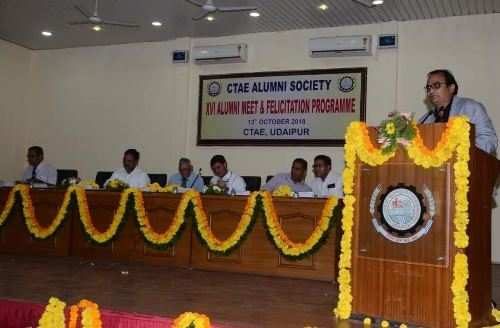 Professor Uma Shanker Sharma, Vice Chancellor of MPUAT, Special Guest at the event, in his address to the audience said that such events create a massive bonding between the ex-students and faculty members.  He reminded the audience that students of CTAE have achieved success at the national and international level and occupy senior and important positions in organisations of repute as well as in the government. 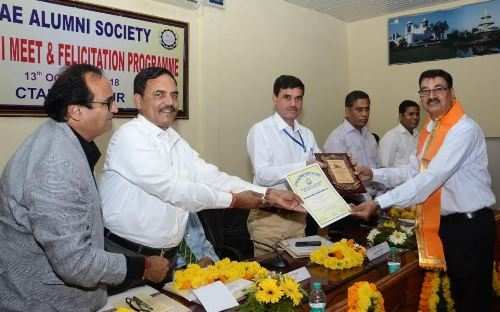 Yogendra Dak, IFS and Secretary to Government, Forest Department of the Government of Rajasthan, in his address to the audience, recalled his days at CTAE and reiterated that students passing out of CTAE have enabled the college to maintain a high reputation nationally as well as internationally.  During his address, he also threw light upon the Chief Minister Water Conservation campaign and said that it was an ambitious plan for the state.  Niti Aayog has also appreciated the motive of the campaign and said that the future of villages of the state will be bright due to the continuous availability of water in the rural areas. 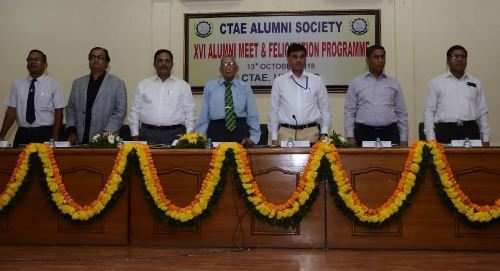 Toppers of the classes were awarded a cash prize of Rs 10,000 each.  Topper students of Third year and Fourth year engineering batches were also given a cash prize as well as a certificate.

Table Tennis players from the college were also awarded along with a certificate of appreciation. A souvenir was also released on this occasion.  The souvenir, along with technical papers, also consisted of details of the various departments of CTAE. 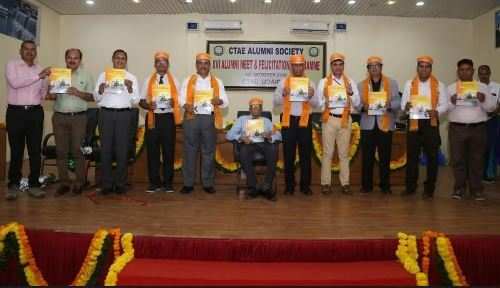 Dr Ajay Kumar Sharma, Dean, CTAE, presented the achievements of the college in the previous and current year.  The new executive committee at the college was also elected during the event.

The program was conducted by Sudheendra Shekhar Vyas and Honorary Secretary of the Alumni Society, Dr RC Verma gave the concluding thanks giving address.