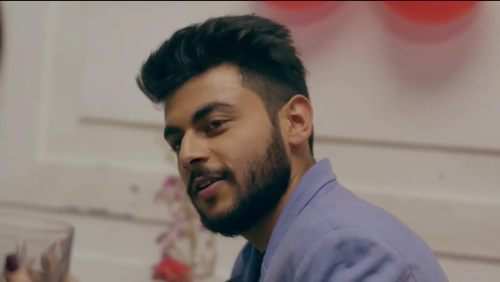 Udaipur city is full of surprises for everyone. Feathers are constantly being added to the cap of Udaipur. We have had so many talented people growing in the soil of Mewar. Be it any field…acting, modelling, dancing, painting, handicrafts, film making, story writing, social causes…people are rising in every field from Udaipur.

Lakecity Udaipur has witnessed many talented artists who went ahead in the field of acting and modelling. Basically people are following their passions. Zeal and enthusiasm runs in their nerves. We have seen many actors on screen who literally made us shout “Oh he is so and so from Udaipur”!!. Earlier there wasn’t enough media to spread news about these budding artists. Now that social media has grown to a great extent, we have all the means to know what surprise our city is coming up with.

One such surprise is another budding actor and model from our very own city of Udaipur. This young man had a flaring passion for being on the screen and he made a lot of efforts and surely did he get through. Very few of us know about him as he did not create any publicity for himself. Now that his work is speaking for him, we bring forth MAYANK KISHNANI from Udaipur city who has worked day and night to create his own space on screen. 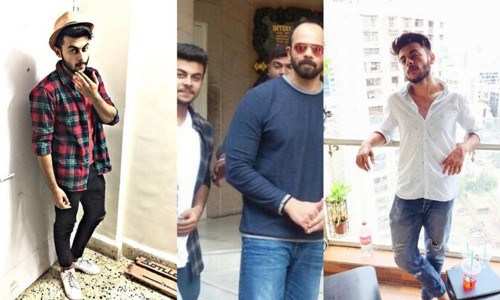 Let us first wish him a very HAPPY BIRTHDAY as today 9th April is Mayank Kishnani’s birthday. He was brought in this world in the simple yet lovely home of Suresh and Deepa Kishnani in 1996. In a small interview Mayank described his journey to us. We bring you his words…

I always wanted to do some form of entertainment while watching my favourite music and TV idols but there is one defining moment for me that really made it all click. I am one of those millennial kids who grew up on “Ant bully” “Rocky series” “Rambo series” “Diary of a wimpy kid” and I was definitely hooked as I had always enjoyed watching as a kid but I had never experienced this kind of obsession. I was completely emotionally and mentally invested. I have always wanted those claps and whistles after the performance of Amitabh Bachchan, Rajesh Khanna and Leonardo Di Caprio for myself.

My mother and father supported me a lot in getting through with this journey, especially my mother who means the world to me. She is not only my support system but also a support system for the entire family. She makes everything around me seem possible enough to get to where I want to be and what I want to achieve in life. She has been the greatest supporter despite all the mistakes that I made. My mother pushed me to do what I love and I thank her from the bottom of my heart for letting me be what I wanted to be. Apart from my mother there is a friend, too, who helped me and has always been there for me. My best friend Malvika was there with me in those ‘hell’ and ‘heaven’ moments.

I plan to go towards both acting and direction.

I would like to say this to all the youth : Follow your dreams, you can be whatever you want, just try… Don’t be afraid, Think positive, all your dreams can come true if you have the courage to follow them. Every field has struggle, glamour world has more hype that’s it…

Serials and advertisements to his credit:

Mayank’s favourite quote is: If you can dream it, you can do it (Walt Disney).

Once again HAPPY BIRTHDAY MAYANK KISHNANI. All the best for more and more.