Gulab Chand Kataria appointed as Leader of Opposition in Rajasthan

Having emerged victorious from Udaipur in the recent Assembly POlls in Rajasthan, then State Home Minister and senior BJP leader Gulab Chand Kataria was unanimously elected as leader of the opposition at the Rajasthan Assembly 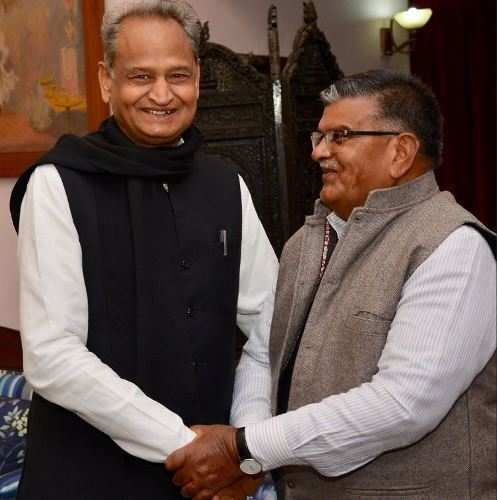 Having emerged victorious from Udaipur in the recent Assembly POlls in Rajasthan, then State Home Minister and senior BJP leader Gulab Chand Kataria was unanimously elected as leader of the opposition at the Rajasthan Assembly.  7 time MLA Rajendra Rathore was chosen as Deputy Leader of Opposition. 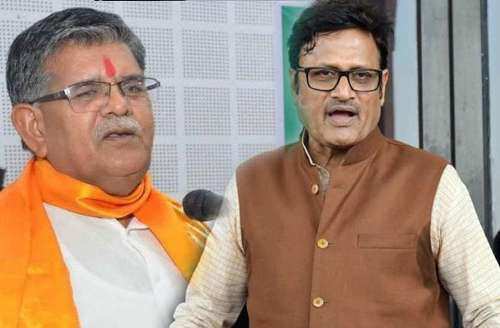 He was previously chosen as Pro-Tem Speaker of the Assembly by Governor Kalyan Singh. Kataria was administered oath as pro-tem speaker of Rajasthan Assembly on Monday. A simple ceremony was organised at Raj Bhawan, Jaipur. The ceremony was attended by Governor Kalyan Singh, Chief Minister Ashok Gehlot and Deputy Chief Minister Sachin Pilot, council of ministers, BJP MLA Rajendra Rathore among others. Speaker Kailash Meghwal was absent from the ceremony.

As pro-tem speaker, Kataria is conducting the first meeting of the new elected assembly today. BJP MLA Rajendra Rathore who will be beginning his 7th term as MLA, was also chosed to be the Deputy leader of the opposition at the Rajasthan Assembly. 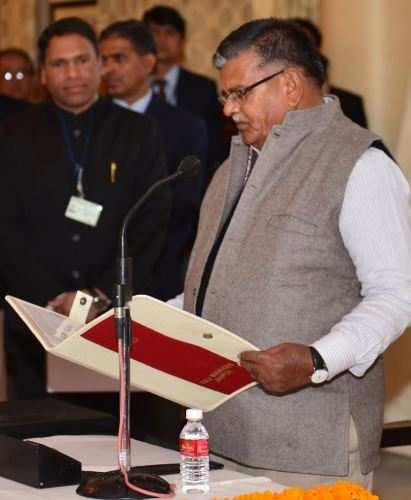 Kataria and Rathore were unanimously elected as the leader and deputy leader of the opposition on Sunday, at a meeting held in the BJP headquarters in Jaipur. Kataria was chosen over Rathore, who has been a close aide of Vasundhara Raje was was in contention for the post. 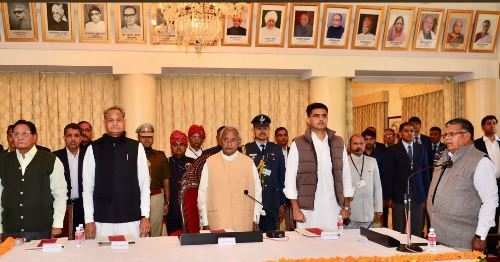 In his pre-election rally at Udaipur, Kataria had vehemently supported Pehlu Khan’s lynching and said that it was alright if some people caught those involved in cow smuggling – he also said that Pehlu’s family was big time into cow smuggling. He had, in his rally in Udaipur, also called upon the Hindu community to unite and fight against love jihad – adding that if the unity does not happen then Rajasthan will turn into another Pakistan.

Raje, who has been at the helm of the state BJP unit, and had held the post between 2009-10 and 2011-13 before becoming CM in 2013, was, as per party sources keen on holding on to the post. However, the shift is supposedly seen as her weakening hold on the BJP at the state level. Part sources further said that she will be inducted to a centre level position in vie of the upcoming Lok Sabha elections. Satish Punia, BJP Spokesperson told The Wire that senior leaders have been called for at the centre level while Kataria has been asked to lead the BJP at state level – a political move considering the tight spot of the party in the Lok Sabha elections this year. Kataria has been MLA 8 times. Kataria’s appointment is being seen as the strengthening of the Modi-Shah hold in Rajasthan.

However, Ashok Parnami, former chief of state for BJP in Rajasthan, said that Raje herself suggested Kataria’s name for the post of leader of opposition and that it was not a controversial decision.