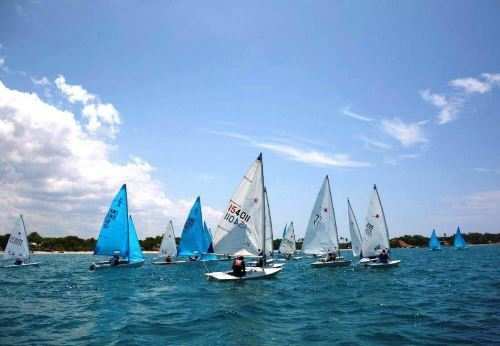 Conducted on one of Sri Lanka’s most scenic beaches, between Nilaveli and Trincomalee, this year’s regatta comprised three classes of boat races – the single-handed under-15 Optimist Class, the single-handed Laser Class and the two-man Enterprise Class. Out of a total of 21 Optimists selected from the sailing squads of Royal College and St. Thomas’ College, Dhanika Nanayakkara of St Thomas’ College emerged as the winner of the junior sailing class, while Royalists Kanila Gunasekara and Anuka Samaraweera came in second and third respectively. 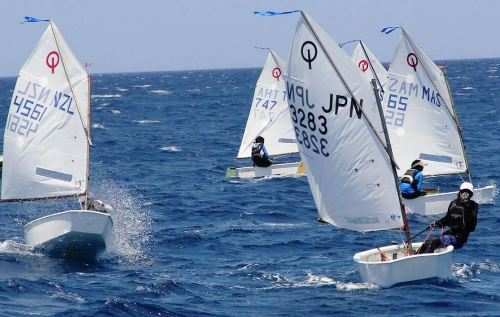 With 21 sailors going head-to-head in the Laser Class, P.D.D.S. Rajapaksha of the Sri Lankan Navy secured first place in the category, while Navy Officers W.A. Roshil Nishantha and J.M.P.L. Jayasooriya finished in second and third place respectively. Two-man crews battled it out in the Enterprise Class, with N.G.M.U. Gunawardana and U.D. Rajapaksha winning the race, and W.M.C. Marambe and A.S.K. Soyza becoming the runner ups. Recognized as the most talented sailor and winner of the entire regatta, P.D.D.S. Rajapaksha was awarded the Overall Champion Trophy by Priyantha Jayasooriya – Resident Manager of Trinco Blu by Cinnamon.

Commenting on successfully completing yet another Sailing Regatta in partnership with RCYC, Priyantha Jayasuriya, Resident Manager at Trinco Blu by Cinnamon said: “We were delighted to once again host the RCYC Sailing Regatta – Sri Lanka’s only national-level sailing event, for the 9th consecutive year at Trinco Blu by Cinnamon. Cinnamon has always been committed to facilitating and supporting world-class sporting opportunities and lifestyle events within the island, and it is a pleasure for us to work together with the Royal Colombo Yacht Club to create a national platform for Sri Lanka’s avid sailing enthusiasts.” 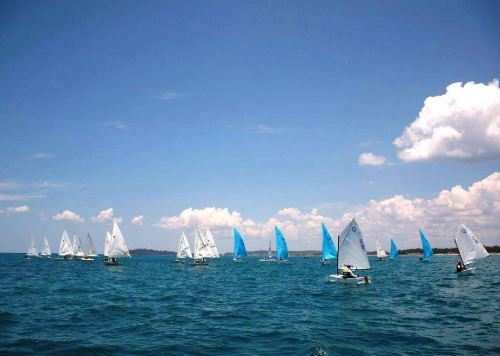 Also commenting on the success of this year’s Sailing Regatta, Ralf Karpinski – Commodore of Royal Colombo Yacht Club stated: “It was an incredible sight to see 49 sailboats on the water at one time – it showed us the sustained and steadily growing interest there is in the sport of sailing among young people. We were also impressed to see how well all of the sailors performed and kept at it, despite being faced with shifting winds and difficult weather conditions from time to time. We are happy to be able to contribute to popularizing the sport in Sri Lanka, and we thank Cinnamon Hotels & Resorts for their ongoing support in hosting this regatta. The year 2019 will mark the grand 10th anniversary of the RCYC Sailing Regatta, and this is yet another important milestone for the sailing community to look forward to.”

The Royal Colombo Yacht Club has spearheaded the popularity of the sport of sailing in Sri Lanka and Cinnamon Hotels & Resorts has also extended its full support to the development of this sport, by hosting the regatta for the last nine years. Over the past years, Trinco Blu by Cinnamon has also hosted two major international sea-sailing events in the same waters, with over 100 sailors from 14 countries participating in them. RCYC believe that hosting sailing high-level competitions of this nature, will prove to be valuable in further encouraging and uplifting a new generation of sailors.