Not many would know that Lord Shiva is considered the Adi Yogi, that is the father and founder of Yoga
By UdaipurTimes Team Sun, 21 Jun 2020 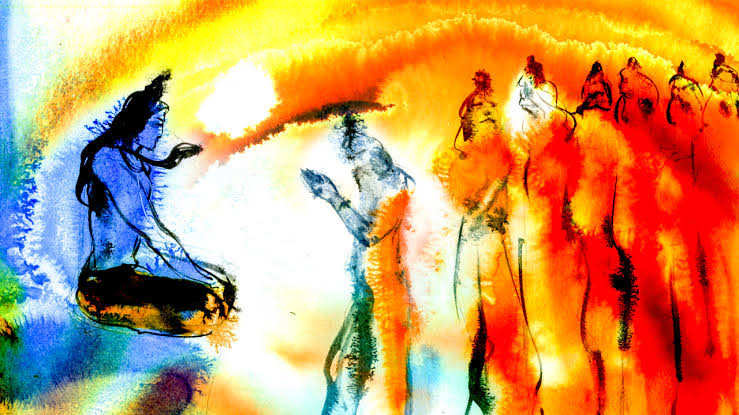 Yoga was developed by the Indus-Sarasvati civilization in Northern India over 5,000 years ago. The word Yoga was first mentioned in the oldest sacred texts, the Rig Veda. The Vedas were a collection of texts containing songs, mantras and rituals to be used by Brahmans, the Vedic priests.

The word ‘Yoga’ is derived from the Sanskrit root ‘Yuj’, meaning ‘to join’ or ‘to unite’. As per Yogic scriptures, the practice of Yoga leads to the union of Individual Consciousness with that of the Universal Consciousness, indicating a perfect harmony between the mind & body, and Man & Nature.

Today, more than 200 billion people in over 200 countries practice Yoga.

Many would not know that Lord Shiva is considered the Adi Yogi, that is the father and founder of Yoga. He is the foremost among the Yogis and the first teacher of the science of Yoga. He is the representation of flawless meditation and spirituality. His meditating and Yogic energies are so high that he controls the entire functioning of the universe in his subconscious mind.

Lord Shiva, being a Yogi, is also called, Adinatha, Maha Yogi, Yogeshwara, and the greatest Yogi whose all forms of Yoga impact body, energy, mind, emotion, and cosmic intelligence.

Shastras say that Lord Shiva first imparted his knowledge on Yoga and Meditation to his wife, Goddess Parvati.

One night when Lord Shiva for the first time shared the secrets of Yoga to Goddess Parvati, he became the Adi Guru of Yoga. He taught Goddess Parvati 84 Asanas of Yoga which belong to the Vedic Parampara. These 84 Asanas have the power to give the person the best of the Rajyoga. Basically, these Yogic positions eradicate the doshas in a person’s life and confer their most auspicious results. This enables the person to remain healthy, wealthy, happy and successful.

It is also believed that Lord Shiva never wanted to share these Yogic secrets with anyone else except Goddess Parvati. However, Goddess Parvati being the symbol of care and affection could not take the sufferings of the people and wanted to share this miraculous secret with them. She believed that the introduction of Vedic Yoga in a proper manner will rectify many miseries of the world. Lord Shiva thought that mankind does not have the understanding to respect these cosmic powers, but he was persuaded by Goddess Parvati.

Then came the creation of Sapt Rishis who were trained and prepared to spread it further. Lord Shiva himself took the initiative and made the Rishis attain 18 Siddhas. These 18 Siddhas imparted the divine knowledge to mankind. It is believed that this teaching of the Sapt Rishis happened on the banks of Kanti Sarovar, near Kedarnath.

Though Yoga was being practiced in the pre-Vedic period, the great Sage Maharshi Patanjali, also known as father of modern Yoga, systematized and codified the then existing practices of Yoga, its meaning, and its related knowledge through his Yoga Sutras. Patanjali Yoga Sutra, has a collection of 196 verses or Sutras on Yoga.

After Sage Maharshi Patanjali, many Sages and Yoga Masters contributed greatly for the preservation and development of the field through their well-documented practices and literature.

Paramahansa Yogananda was an Indian Yogi who taught Kriya Yoga to millions around the world. B K S Iyengar was considered to be the foremost of the modern yoga teachers.