It's high time we challenge deep-rooted inequalities and masculine norm that reinforce tolerance for violence against women
By UdaipurTimes Team Fri, 6 Dec 2019 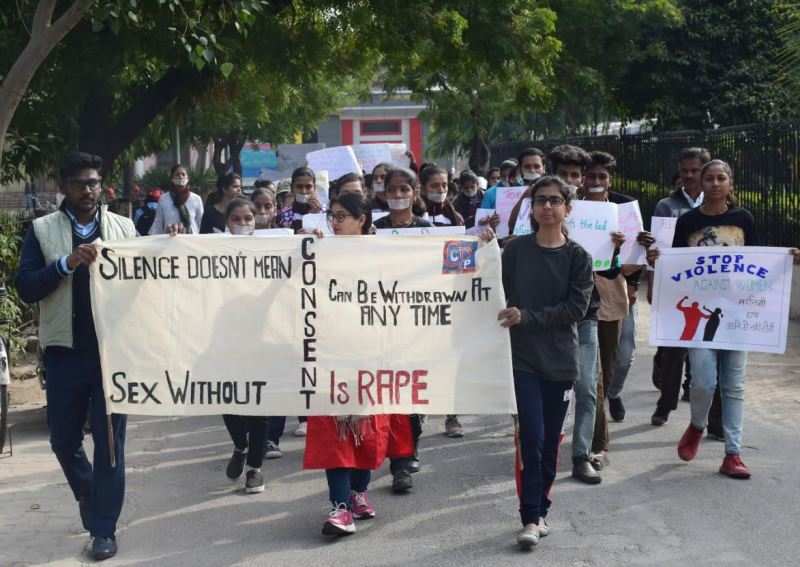 Message to educate public on new definitions of consent and masculinity...

To build public awareness about sexual violence and its prevention, research faculty and students under the Center for Criminology & Public Policy, India (A criminal justice think-tank based in Udaipur) carried out a Rally here on Thursday.

Nearly 100 people participated in the Rally. Their mouths were covered with duct tape, as they carried placards displaying messages to educate the public on new definitions of consent and masculinity, revising gender norms, and combating rape culture. Students and research faculty were heard shouting slogans to address the local masses on the power and control dynamics of rape. 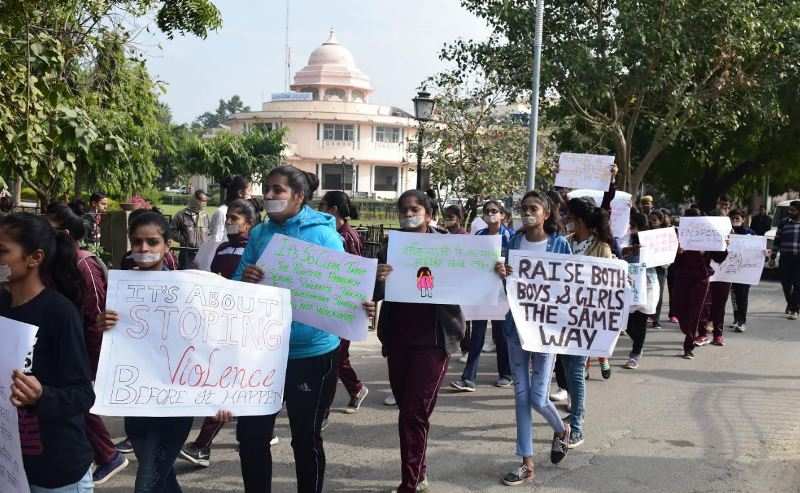 R Chandra, who led the rally, said that its’ high time we challenge the deep-rooted inequalities and masculine norms that reinforce the tolerance for violence against women and girls. “While activist groups are seething with anger over rape-and-murder of Telengana Vetrenarian, this rally, on the contrary, was intended to sensitize citizens about the root and structural causes of rape, and encourage meaningful participation of men in sexual violence prevention’’, said Chandra.

Chandra also stressed the need to restructure male gender norms, as it connects masculinity with violence, female objectification, sexual aggression, and undervaluing of, and hostility to women.

Policy Researchers at the Center, Vinita Kewlani and Anju Mathew said, such rallies should be organized regularly so that more and more people could be made aware about prevention of sexual violence.