Over the last two days 16-17 November, a large number of explosive gelatin sticks have been recovered in Udaipur Division

Second instance of Explosives being found in Udaipur division of Rajasthan

Second instance of Explosives being found in Udaipur division of Rajasthan

27 packets of Explosive Gelatin found on the banks of Som River at Dungarpur district that falls in Udaipur division, on 16 November, after 7 packets were discovered in the same region on 15 November 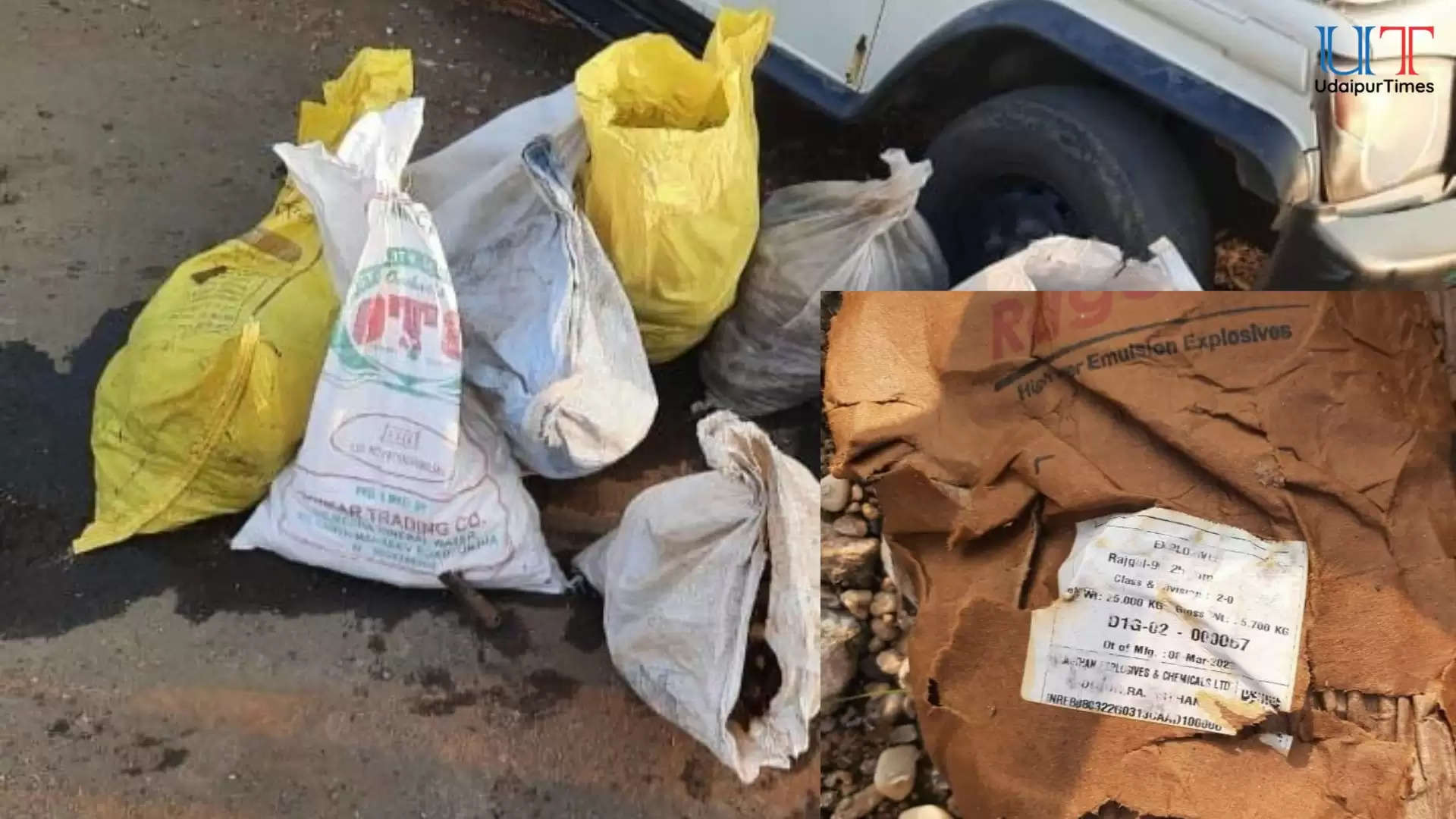 These two instances of explosives being found in the region happen within 72 hours of the explosion of the railway track at Oda on 12 November...Investigation Agencies have their hands full before the G-20 commences in Udaipur

A bridge falls across Som River, in a village called Galiyana in Aaspur, which falls under Dungarpur district of Udaipur.  On 15 November, villagers noticed 7 bags lying on the banks of Som under this bridge. After the police verified the bags, they were found to contain explosive Gelatin sticks, around 200 in number. Once again on 17 November, while the investigations were underway, police were informed of another 27 bags containing more than 500 explosive Gelatin sticks of the same kind. As these two instances come within 72 hours of the bridge blast at Oda near Udaipur, the investigations have been enhanced with teams from Central IB and Intelligence joining the operations. The police had not launched a search operation of the area after recovering the first set of bags, but after the second lot was found, search efforts around the area have intensified.

Members of the Gujarat ATS team, led by DSP SL chaudhary, PI Nikhil Bhrambhatt have also reached the location, since these events are happening during the time when preparations for the upcoming Gujarat elections have commenced.